Vertical Divider
OPPO To Release a New Smartwatch with 1.9” OLED Display
August 02, 2020
​
OPPO entered the smartwatch segment in March with the launch of the OPPO Watch. The Apple Watch lookalike was powered by the Snapdragon Wear 2500 SoC and ran OPPO’s proprietary ColorOS Watch software. According to a recent report from Android Authority, the company is finally gearing up to launch the OPPO Watch internationally with Google’s Wear OS on board. While OPPO hasn’t released any details about the smartwatch’s hardware, an FCC listing of the OPPO Watch reveals that it will feature a 1.9-inch AMOLED display within a 46mm chassis, an optical heart rate sensor, and 5ATM water resistance. 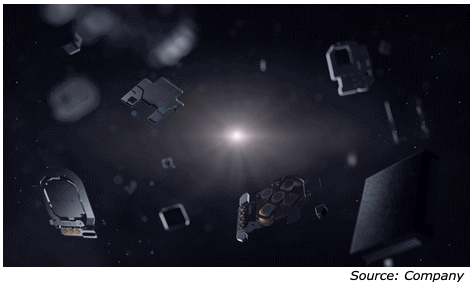 ​The FCC listing doesn’t define the SoC powering the smartwatch, but it does confirm that it will feature 1GB of RAM, 8GB of onboard storage, and eSIM support. The listing also reveals that the OPPO Watch will include a 430mAh battery. It’s worth noting that the Chinese version of the smartwatch is rated for approximately 40 hours of regular use on a single charge and 21 days in power-saving mode. However, since Wear OS is known to be a power-hungry OS, the battery life for the international version won’t be as impressive. The OPPO Watch was launched in China with a price tag of 1,499 yuan (~$215), but the international variant to be a bit pricier considering the fact that it runs Wear OS instead of OPPO’s software.