OPPO has held its second annual “Inno Day,” to show off products in concept form and sets out its vision for the future. Headlining this year is a smartphone with an expandable “rolling” screen and a new set of AR glasses. The OPPO X 2021 is a concept phone that the company says is the result of its research and development flexible displays. In regular smartphone use the OLED display has a 6.7-inch surface area, but that can be expanded to a squarer, tablet-like 7.4-inch panel depending on the content or use case.

The phone slid all the way open. OPPO said it developed its own power train, structural plate, and screen laminate to ensure the device’s durability. 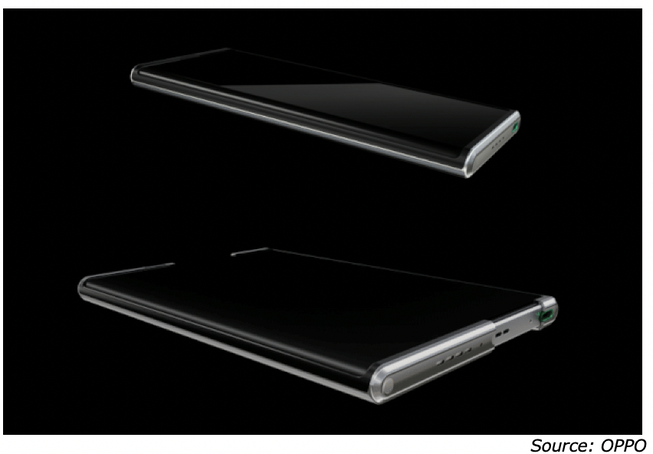 OPPO isn’t the first company to hit on this idea for a form factor. TCL showed off a similar prototype earlier this year, although the model was nonfunctional and only had a paper screen. OPPO, however, is a much more experienced smartphone manufacturer with access to a hugely advanced supply chain, and it does have form releasing weird phones with motorized designs. LG has also teased a similar device.
The other new concept product announced today is OPPO AR Glass 2021, the company’s latest take on AR. OPPO says it’s nearly 75 percent lighter than its predecessor — which was also a concept device at last year’s Inno Day — and uses birdbath-type optics with 0.71-inch OLED panels. The glasses include stereo fisheye cameras for gesture recognition, a time-of-flight sensor, and a conventional RGB camera. They can also be hooked up directly to a Find X2 Pro phone with a USB-C cable to make use of its greater processing power. 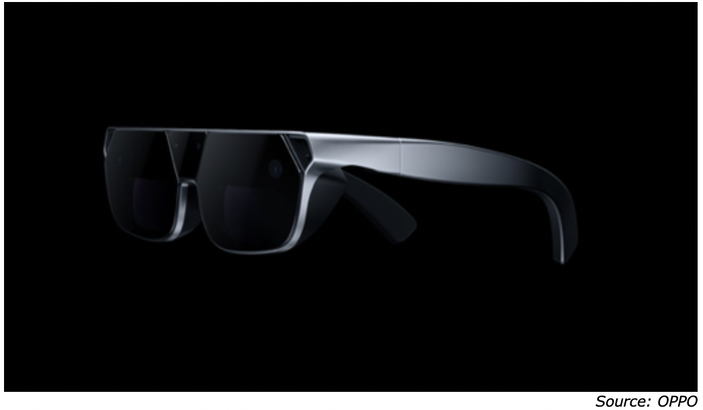 Given that neither OPPO’s founder and CEO, Tony Chen, nor OPPO vice president Levin Liu had it in their hands on stage to show off, it may be a little early, and not ready for the always stressful live demo. But Oppo did post some short video to Weibo, and then a bunch of tech people at the event in China posted various images and gifs, like the below. 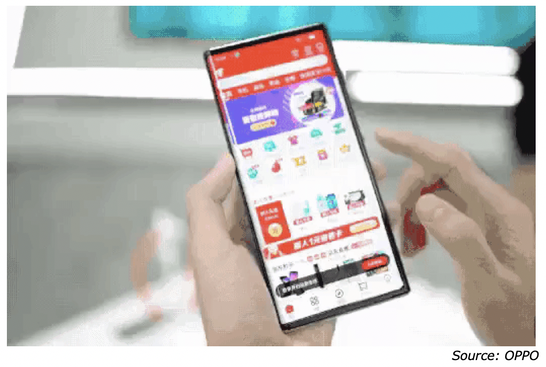