Foldable and flexible displays have certainly brought about a design evolution in the smartphone industry. OEMs are now experimenting with radical designs and recently issued Oppo patents are proof of just how different smartphones could look in the future.
The Chinese phone maker has filed four design patents with the Japan Patent Office (h/t Gizmochina) that show phones that can fold over multiple times. The designs imagine smartphone displays that can fold into various states with the help of a block-like structure.
The first patent (pictured below) shows a phone that’s divided into six blocks with a hinge in the center and one above it. It can fold shut like a clamshell or partially close from the top to keep a part of the screen exposed to the user. The cameras are placed on the bottom-most block and remain visible at all times when looking at the screen. The SIM tray, charging port, and speakers are placed below the last block that houses the cameras. 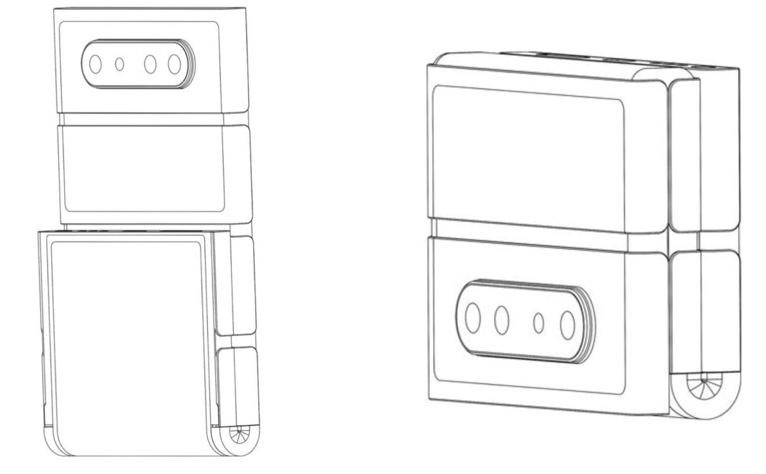 The second patent application also shows a zigzag foldable phone divided into six blocks. It uses a flexible display and two hinges to fold both inwards and outwards. So in a fully folded state, a part of the display is folded into the body and another part faces outwards. The device can also be partially folded so that one part of the phone acts like a stand. The camera module on this phone is located on the outer side of the first block. 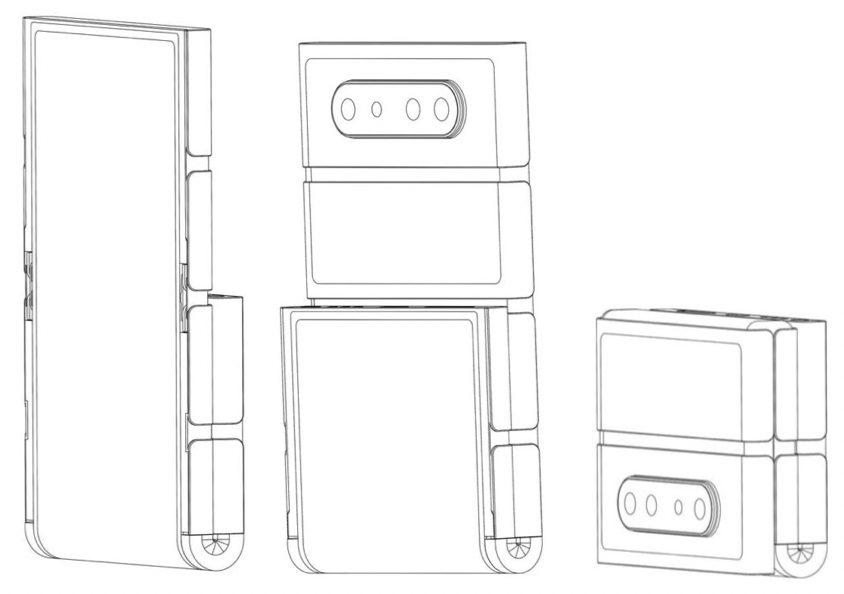 Source: Oppo/Japan Patent Office
The third patent application shows a taller phone divided into eight blocks instead of six. It can fold inwards into half or partially fold from the top thanks to its two-hinge mechanism. 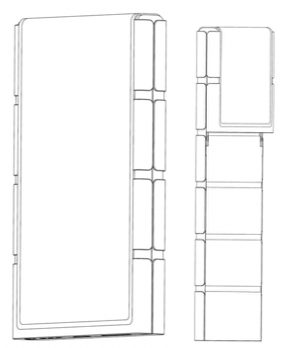 Source: Oppo/Japan Patent Office
The fourth patent shows a similar phone with an eight-block structure and dual hinges. However, unlike the phone in the third patent, this one sports a camera setup. 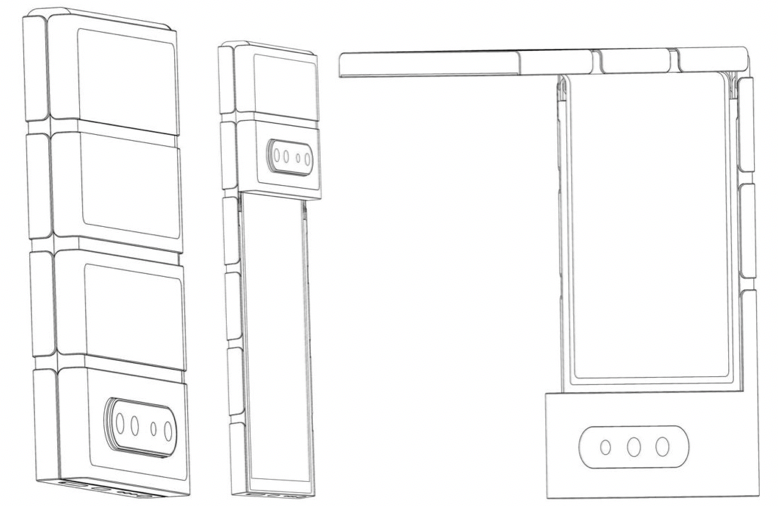 Source: Oppo/Japan Patent Office
Another challenge with foldable phone designs like these is durability and the hinge will play a key role in the design. However, LG can look to existing solutions from Samsung, Huawei, Motorola and Royole to get any number ideas that work and don’t work.