Vertical Divider
OPPO Developing Outfolding Device
OPPO is developing an elongated folding phone, instead of a device that folds out into a tablet. A clamshell design folds horizontally. It’s an extremely compact phone when folded and a fully-fledged phone once unfolded. However, OPPO seems to be considering placing the flexible screen on the outside – a similar design was also patented by ZTE earlier this year. In January 2020, Guangdong OPPO Mobile Telecommunications filed a patent with the WIPO (World Intellectual Property Office). On July 30, 2020, the patent named “Foldable housing assembly and foldable electronic apparatus” was approved and published. 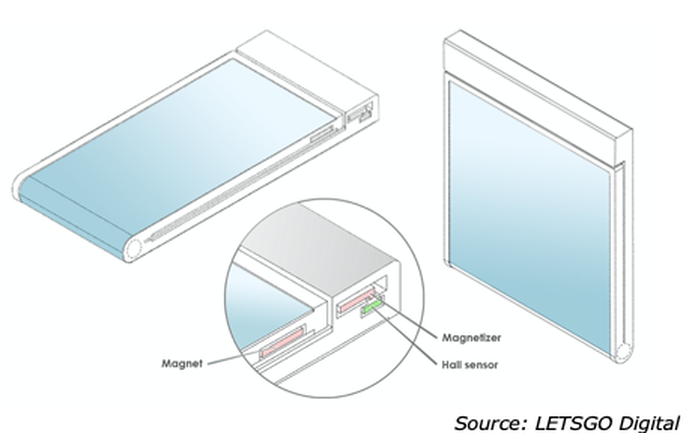 When folded, it is an extremely compact mobile device, with a large screen surface on both the front and back, eliminating the need for a cover display It unnecessary to build in a front camera, as the main cameras also serve as a selfie camera when the device is folded. The screen edges have been kept very minimal, which makes the phone even more compact. There is a rectangular metal frame at the top. All necessary components will be incorporated here, including an angle detection module. The angle detection module calculates the angle of rotation between the two housings – one housing is fitted with a magnet, the other with a Hall sensor – in order to determine how the device is being used so that the user interface can be automatically adjusted accordingly. The bottom of the patented OPPO phone is nicely rounded, which is made possible by the cylindrical hinge. The screen continues through the bottom of the device. 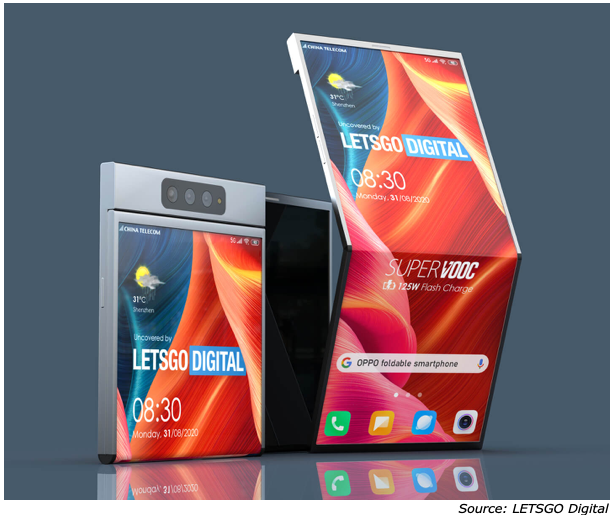 By opening the screen from the back to the front, the total screen area is useable. The exact dimensions are not mentioned in the documentation, it is probably a screen of about 7-inch. The documentation states that this flip phone will be equipped with a fingerprint sensor and an iris recognition module. The camera should be integrated in the metal frame at the rear. LetsGoDigital has designed a series of 3D product renders. These images are for illustrative purposes only, it should be understood that the final end product could have a slightly different design.

The design differs from existing foldable phone models –because of its out-folding screen, which eliminates the need for a cover display and a front camera, enabling a lower cost. The disadvantage is that the display is not protected by the housing, and is more sensitive to scratches and bumps.

OPPO and Xiaomi are very well matched in terms of innovation and progressiveness, which means that there is a good chance that OPPO will not wait much longer. The company is a global leader in 5G connectivity. The manufacturer is also able to present high-quality technology in the field of fast charging and wireless charging.
Last month, Oppo announced a 125 Watt fast charger, as well as 65 Watt wireless charging technology. Xiaomi responded by releasing the Mi 10 Ultra, this smartphone supports 120 Watt wired charging and 55 Watt wireless charging. Oppo has a significantly larger market share in China than Xiaomi, in order to maintain this top position, the company must innovate. Especially since other Chinese manufacturers are not standing still either, brands like ZTE, Lenovo and TCL – all have shown several prototypes of foldable devices. Several manufacturers are developing an entirely new type of mobile phone with a flexible screen, namely an expandable smartphone. LetsGoDigital recently reported on an OPPO slider smartphone with a retractable display. TCL have already shown such a type of phone. 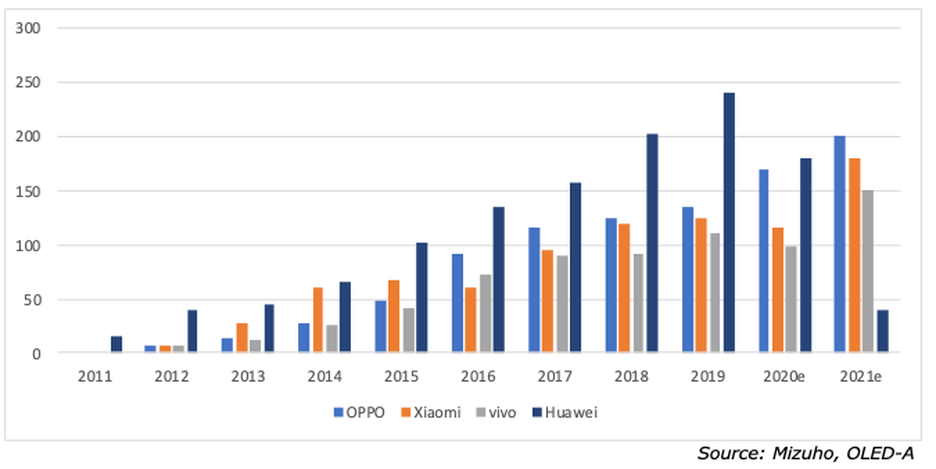