Vertical Divider
Olympic’ Fan Ban Causes a Run on OLED TVs in Japan
​
The Japanese government will not allow fans to attend most of the Olympic events  causing Japanese TV retailers to experience a 10% to 20% increase over last year’s volume, with one retailer reporting >2x.  The best-selling product during the pre-Olympic sales have been 65” OLED TVs.  While the data from the Japan Electronics & Information Technology Industry Association does indicate that the number of OLED TV shipments in May grew by 165.6% to 65,000 units, which was a record, it does not break down OLED TV sizes in the data.   The data does indicate that the value of OLED TV shipments in May in Japan was ¥17b ($155.4m US), up 163% from the same period last year, indicating an average OLED TV price of $2,405, down just slightly from last year’s May average OLED TV price of $2,428 in today’s dollars, indicating that the popularity of OLED TVs is increasing even though the price (in Japan) has stayed relatively the same.  Historically TV prices in Japan have been higher than those in the US. 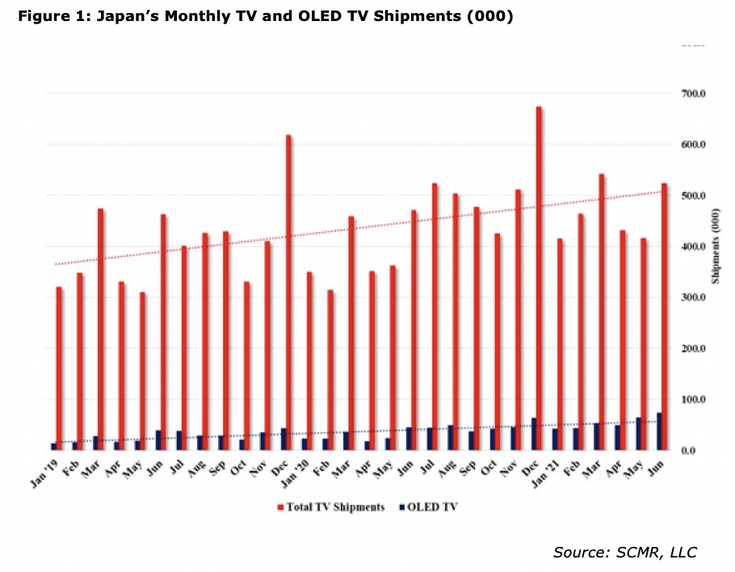