Omdia reported LG’s US TV market share stood at 20.9% in value terms in the first half, up from 15.9% a year ago. Samsung Electronics Co. is the leader with a 36.3% share. TCL Technology is 3rd at 10.3% share, followed by  Sony Corp. at 10%. LG’s performance in the North American market was attributed to increased shipments of OLED TVs, which are gaining popularity among high-end users and gamers. In the first six months of this year, LG Electronics shipped 627,000 OLED TVs into the North American market, a threefold increase Y/Y as volume rose close to 80% of 2020’s full-year shipments. 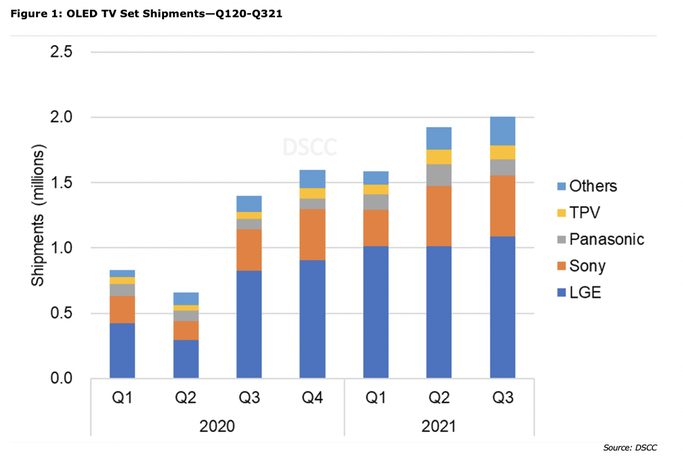 ​LG expects the OLED market to grow rapidly in coming years with the average sale price of OLED TVs hovering around $1,950, double the price of liquid-crystal display (LCD) TVs.  In the North American market, OLED TVs accounted for 13.1% in value terms in the second quarter, up from around 6% at the end of 2020, according to Omdia. Consumer Reports indicated seven LG products were included in the top 10 OLED TVs rated by the Consumer Reports, while three from Sony made it to the list.