Combined sales of OLED panels by Samsung Display and LG Display for small- to medium-size applications are expected to reach US$9.4 billion) in the fourth quarter of 2020, up 46.2% sequentially and 31.2% Y/Y, according to DigitTimes Research. Both firms experienced increased revenues and shipments for small- to medium-size OLED panels in the previous quarter, driven by growing demand from the smartphone and smart watch sectors.
In 2021, OLED-based models are expected to account for 40% of global smartphone shipments, said DigitTimes Research. Besides, demand for OLED panels for Apple Watch devices is likely to double in the coming year.
To cash in on increasing demand, both LGD and Japan Display (JDI) have accelerated their expansion projects for ramping up OLED panels.
As Samsung Electronics has already launched three foldable smartphones built using flexible OLED panels, DigitTimes Research believes that Apple will likely step into the foldable smartphone sector in 2022, furthering demand for flexible OLED displays.
In response to increasing demand, Samsung Display has expanded its monthly flexible OLED module capacity to 900,000 units in the second half of 2020.

Despite the growth in OLED notebooks and tablets, DSCC projects the Q420 revenue from OLED smartphones to be ~$10b, OLED TVs, $5b , OLED smart watches $4b and tables/notebooks $1b or 8% of the total. 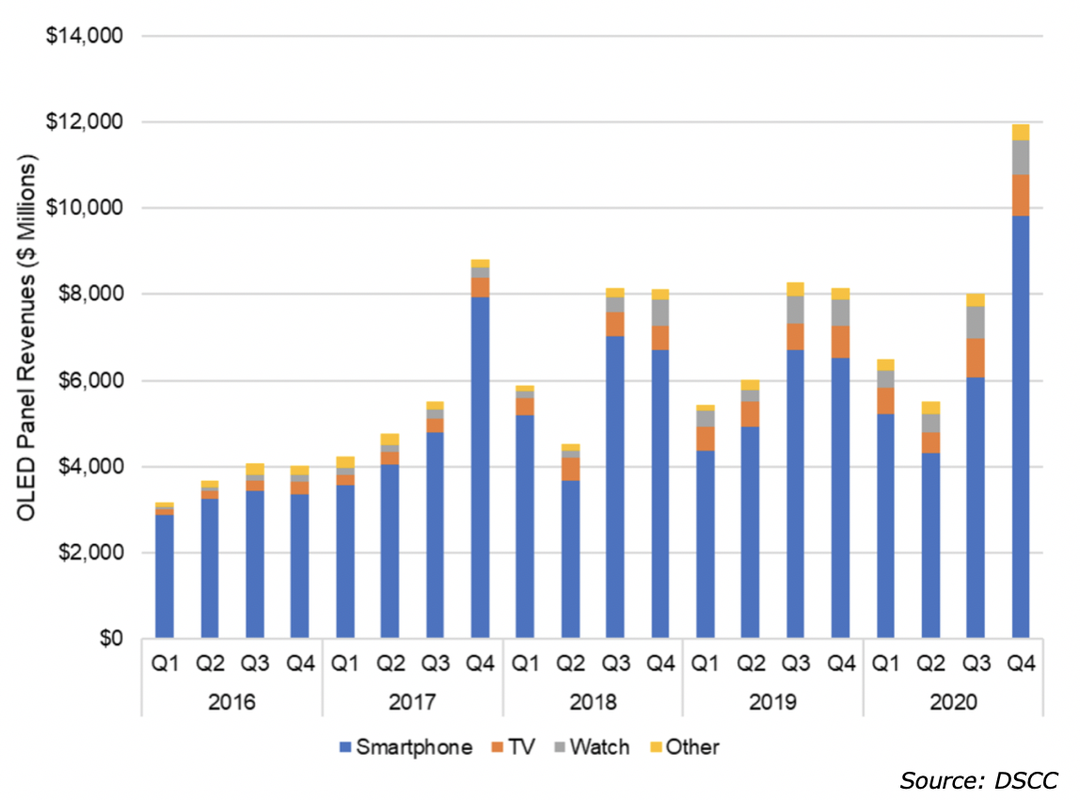