Vertical Divider
Notebooks Migrating from a-Si to LTPS and IGZO

The WFH movement that started in 2020, was a significant growth year for notebooks over a weak 2019, and this year is expected to see notebook shipment growth between 19% and 22%.  While LTPS is the most common backplane for smartphones, it has a small share of the notebook market, but one that is growing and the use of IGZO will lower the panel price, compared to LTPS.  Samsung Electronics is targeting 4m units this year, ~11% above the projections below.  While Samsung Display is currently the sole supplier of OLED notebooks, low volume EverDisplay is expected to begin commercial production sometime this year.  BOE is switching to IGZO OLED panels and was recently reported to be discussing a vertically held deposition solution with Ulvac.

LTPS notebook displays are currently being supplied by AUO, ChinaStar, Tianma with AUO the dominant player. Innolux is expected to begin production later this year.  Given the higher the potential newcomers.

Amorphous silicon based notebooks will remain the most common but expect a decline in share by the end of next year.  The benefit of using LTPS vs. a-Si is reduced power consumption and faster frame rates but at a higher cost. As gaming has grown, there has been a shift from generic notebook panel production to panels with higher specifications, while on a global basis, more simplistic Chromebooks have sated the need of many in the education market pushing less focus on the mid-priced notebook segment and more toward the upper and lower ties, allowing those newer and more expensive technologies to grow. 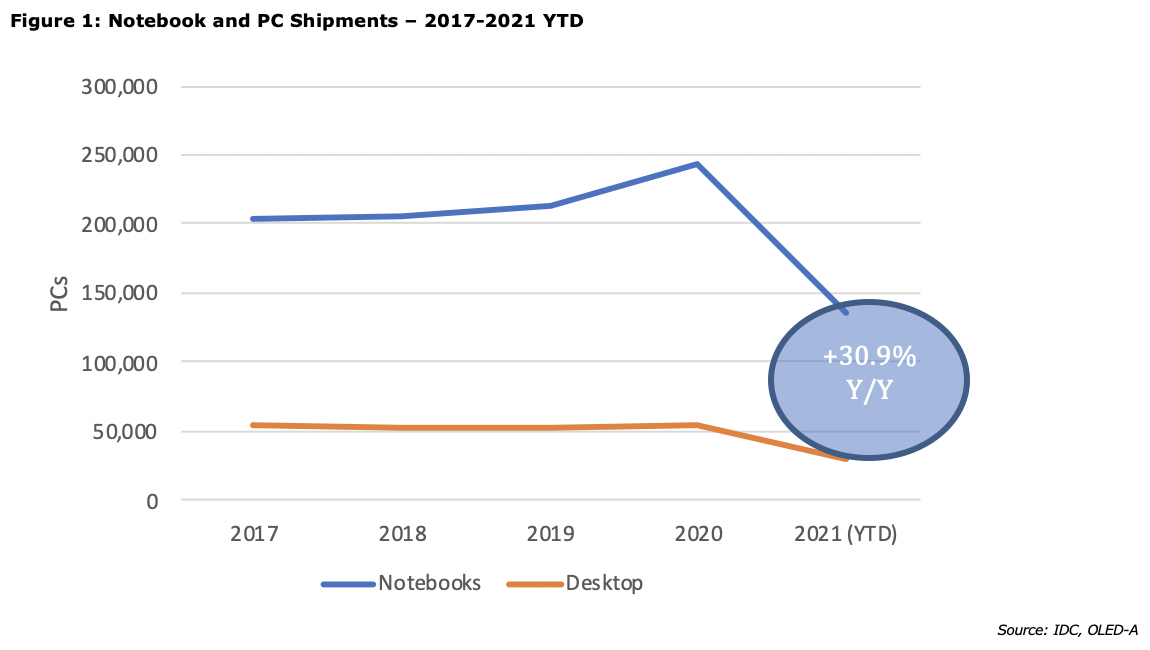