Vertical Divider
Note Series Retained in 2021
​
Although we and other prematurely reported on the end of Samsung’s Note Series, the Samsung Galaxy Note 21  is expected to arrive later this year.  Dutch tech site LetsGoDigitial published a video of the Galaxy Note 21. It’s based on early information about the phone and how its own sources have described the design. Let's take a look. The design combined the Galaxy Note range’s boxy look with some of the newer features of the Galaxy S21 series. The render has a wrap-around camera module and super-thin blade bezels that maximize screen size.

The camera bump is also hefty, much like the Galaxy S21 Ultra's, and comes packing four lenses (with laser autofocus) plus a hole-punch front camera. It’s not clear what sort of camera specs we should expect right now, but if past Galaxy flagships are anything to go by, then there’s bound to be a high-resolution main lens plus some sort of far-reaching zoom.
Naturally the S-Pen is here as well, and in typical Galaxy Note fashion, it has its own storage compartment inside the phone. That's unlike the Galaxy S21 Ultra, which is set to offer S-Pen support as an optional extra and won’t let you store it in the phone itself. 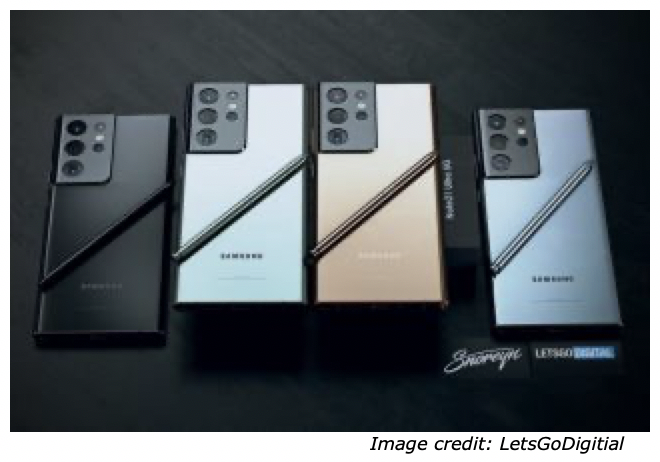 ​As we surmised there isn’t differentiate this Note 21 from the Galaxy S21 Ultra that’s due to launch next week. The S-Pen was the only hardware that differentiated the two, and now the Note series doesn’t even have that. And curiously, rumors even suggest that S-Pen support is coming to the Galaxy Z Fold 3, which will require some thickening the 30µm UTG cover lens.