Vertical Divider
No Phone 12 Flip, But iPhone Fold Alternative Could Be In The Works
June 21, 2020

Although an iPhone 12Flip isn’t in the works for this year, Apple is researching foldable phones and will eventually produce such a handset. Patents and concepts from independent designers provide clues, but ultimately, Apple doesn’t take design risks, although by now, most of the risks have been remediated. The iPhone 12 will launch in September or perhaps October, with delays of a few weeks due to setbacks in production stemming from COVID-19. 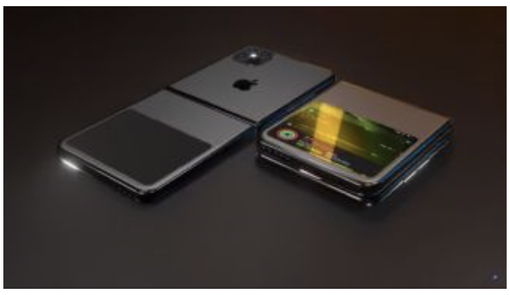 Source: #iOS beta news
Chances are if Apple' was planning to introduce a foldable phone in 2021, Ming-Chi Kuo would have said something. In February, one Apple patent emerged that would theoretically allow the foldable display to bend in the middle without creating excessive stress on the panel. Inside the hinge, the screen would bow out in a sense, creating more of a gradual curve than a hard crease. The hope is that such a design would assist in durability and extend the life of the display. It's worth noting the Galaxy Z Flip actually incorporates a design not too dissimilar from this. 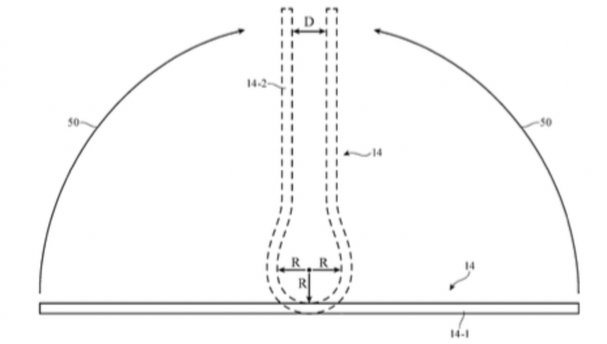 Source: USPTO
​
In March, another Apple patent describing a "joint operating mode" which would allow a single-screen device to be supplemented by a magnetically-connected secondary display. In theory, this mode would allow independent devices to join to comprise one shared space, which doesn't really pertain to the whole singular foldable panel idea. It's more Microsoft Surface Duo than Samsung Galaxy Fold.

In 2019, earlier ruminations on foldable designs from Apple, including a patent for a tri-folding display. One 3D mockup posted by a YouTube account called #iOS beta news called the iPhone Flip, this fictional handset is probably so named because it looks like a Galaxy Z Flip, down to its slim bezels, centrally-positioned hole-punch camera cutout, minimal exterior display and vertical orientation. It's a design we could envision Apple actually releasing, at least with more fine tuning beyond the rough idea presented here. However, Apple's first foldable iPhone takes shape, Cupertino won't be able to go it alone. Over the last three years, Apple has been in talks with both LG and Samsung to supply the foldable displays for whatever device it ultimately winds up launching. In March 2019, it was reported by Korean media (via MacRumors) that Samsung Display sent Apple panel samples for analysis.

This is easily the toughest question to answer, both because price has never factored into what few foldable iPhone rumors there are, and because the device's cost will largely depend on how Apple approaches the design. The Galaxy Fold debuted for $1,980 with a 7.3-inch tablet-like display when unfolded, and a tiny 4.6-inch panel on the outside. Just six months later, the Galaxy Z Flip released with a more vertically-proportioned 6.7-inch screen coated in Ultra-Thin Glass for better durability for $600 less and the Fold 2 will have a 7.7” internal display and a 6.3” external display.
​
If Apple opts for a smaller and cheaper foldable, the phone's price may not be a far cry from premium handsets like the $1,099 iPhone 11 Pro Max. However, if the foldable iPhone is intended as a phone that can become a tablet when needed, like the Galaxy Fold, it's likely the price would exceed those of Apple's more conventional smartphones. Whatever strategy Apple takes in developing its first foldable phone will likely dictate the trajectory of the industry. Samsung may have been the first to the punch with the Galaxy Fold, but even it is still experimenting with unique form factors in a bid to discover which best speaks to users' wants and needs. Apple has a history of instituting these vast sea changes in the mobile market with every release: the abandonment of the headphone jack, elimination of bezels and adoption of the notch were all trends kicked off by iPhones. And although 5G handsets have been releasing for about a year now, the iPhone 12 as the first 5G range will undoubtedly provide most users' first experience with next-generation networks.