The National Institute of Standards and Technology (NIST) published a new article in Science Advances demonstrating a new design for LED that may overcome a long-standing limitation in the light sources' efficiency. The research team developed submicron LEDs, which achieve a dramatic increase in brightness as well as the ability to create laser light. 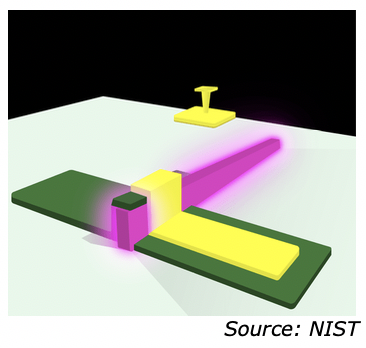 Consisting of scientists from the University of Maryland, Rensselaer Polytechnic Institute and the IBM Thomas J. Watson Research Center, the team achieved 100 to 1,000 times higher brightness with LEDs made by the new approach comparing to conventional tiny, submicron-sized LEDs. The difference that generates the higher luminance is their shape, according to NIST. While their novel LED design overcomes efficiency droop, the researchers did not initially set out to solve this problem. Their main goal was to create a microscopic LED for use in very small applications, such as the lab-on-a-chip technology that scientists at NIST and elsewhere are pursuing. Unlike the flat, planar design used in conventional LEDs, the researchers built a light source out of 5 µm zinc oxide strands they refer to as fins. Their fin can produce up to 20 microwatts while a typical LED of less than 25µm shines with about 22 nanowatts. 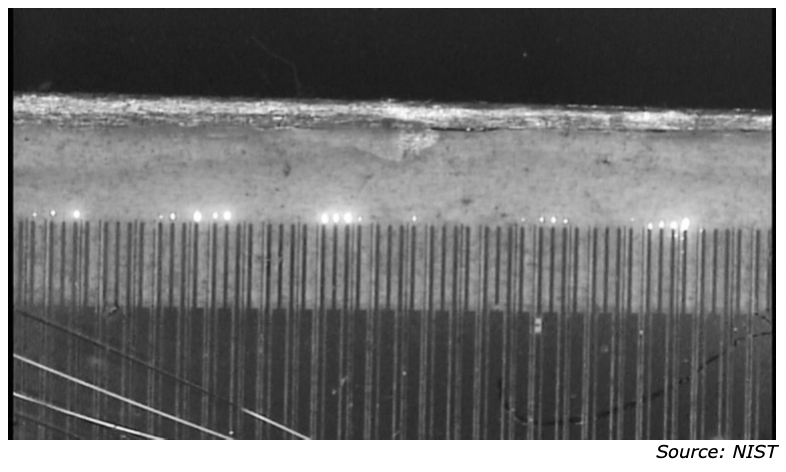 As the team increased the current for the LED, its comparatively broad emission eventually narrowed to two wavelengths of intense violet color, meaning that it turned to a tiny laser. "Converting an LED into a laser takes a large effort. It usually requires coupling a LED to a resonance cavity that lets the light bounce around to make a laser," NIST said. "It appears that the fin design can do the whole job on its own, without needing to add another cavity."
​