Vertical Divider
Next Galaxy S Could Skip 11-19
January 10, 2020
​
The next Samsung Galaxy S due in February 2020 might not be called Galaxy S11, by embracing the 2020s, using 20 is a new beginning. The Galaxy S10 series would be followed by the Galaxy S20 series. Apple is expected to launch an iPhone 12 in 2020, and iPhone 12 will dominate the news until September. Galaxy S11 sounds like a phone that’s a generation behind the iPhone 12, and the fact is that each new Galaxy S phone is a better competitor for the iPhone that launched a few months earlier, not the iPhone that follows. Switching to Galaxy S20 would eliminate that perception, at least for customers who’re not exactly familiar with the Galaxy S series. Going forward, Samsung might launch the S30 in 2021, and then the S40.
If that sounds familiar, that’s because it’s what Huawei has been doing in recent years — we’re looking at the Huawei P40 and Mate 40 Pro for 2020. Huawei may be locked out of Google services, but its Samsung’s main rival in the Android ecosystem. The next Samsung Galaxy will have a lot in common with the other family members. It will feature five cameras and 2 sensors on the back in a large camera bump. The placement of the cameras is slightly different, however, as they are in an “X” shape (the placement of the flash is not final). Rumors suggest that the Galaxy S11+ will have a 108MP primary camera with 5X optical zoom, which would mean QHD+ photos and 8K videos. 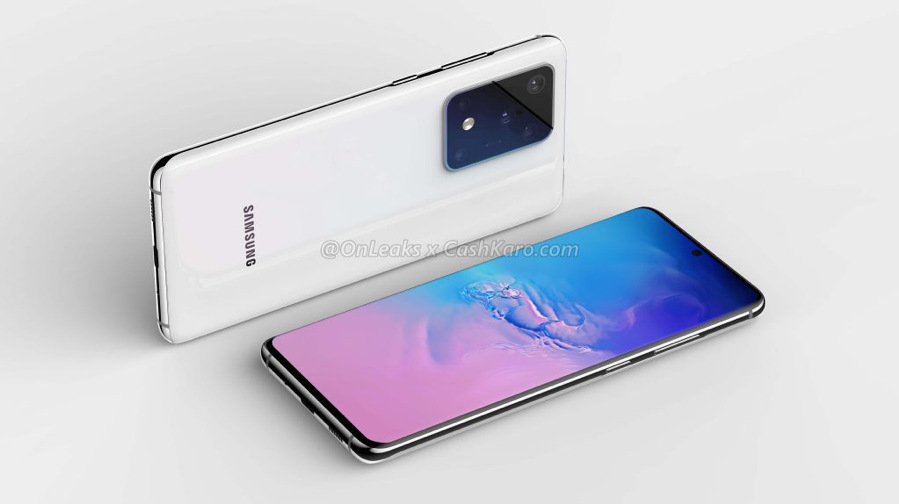 Source: @onleaks
​
Another similarity with the other devices is the center punch hole camera on the front. The resolution of this front camera is not yet known, but it looks like Samsung will be going with one single front camera this year. Speaking of the display, the new Galaxy S could have a 6.9-inch display (previously rumored to be 20:9 aspect ratio) with curves on all four edges. It will be a Dynamic AMOLED panel with an in-display fingerprint scanner. 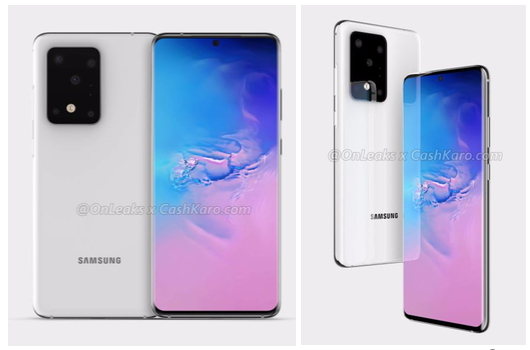 The frame of the Galaxy is metal with glass on the front and back. The dimensions are said to be 166.9 x 76 x 8.8 mm (10.2 mm with camera bump). Some of the other details taken from the renders include a USB-C port (at least 25W charging), volume and power buttons on the right side, and a single speaker on the bottom. 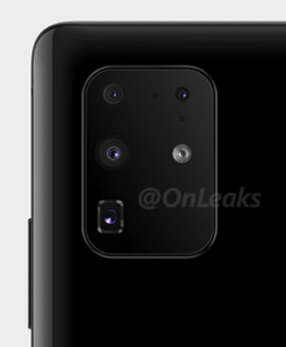 Source: @onleaks
​2020 is expected to be a turning point for the smartphone industry. Expect big leaps in design of foldable displays, major improvements in camera sensor sizes and photography along with faster data speeds with 5G. The Reno 3 Pro is the more premium offering from the just launched Reno 3 series, priced from CNY 3999 (for the 8GB RAM + 128GB storage combo), the smartphone has a 6.5-inch 90Hz FHD+ OLED display, a 4025mAh battery and a Snapdragon 765 chipset that is 5G-enabled. OPPO’s Reno 3 Pro has been designed with a 48MP (main) sensor + 13MP (tele) + 8MP (ultra-wide) + 2MP (monochrome) rear camera setup. A 32 MP hole-punch camera on the front handles the selfie duties. There’s also dual OIS stabilization, which means super smooth videos for chasing your dog or being chased by one.

The report says that BOE’s negotiations with Apple have been successful and that it will supply OLED panels together with Samsung and LG by 2021.