Vertical Divider
Next Apple Watch Could Adopt Face and Touch ID Technology
​
Apple filed a patent application, indicating g iPhone 13 series will switch to  both Face and Touch ID. Users might be given the choice to toggle on one of the two options at a time. The trademark application filed by Apple focuses on "an apparatus for fingerprint sensing with a narrow field-of view (NFV) collimator and an organic imager. The apparatus includes a touch-display layer, a collimator layer and a pixelated image sensor." A collimator produces a narrow beam of rays and with a touch-display layer, it is clear that an under-display system is in the works here. With the iPad Air (2020), the fingerprint scanner has been integrated into the device's power button and could be included in the next Apple Watch. 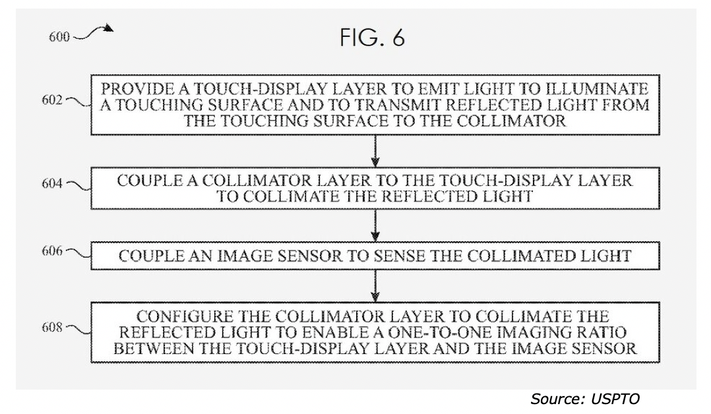 ​A report from ETNews (via MSPoweruser) details a possible new health-related feature that would appear on both the Apple Watch Series 7 and the next Samsung Galaxy Watch, a non-invasive glucometer that insulin dependent diabetics use before each meal to check their blood sugar to determine the proper insulin dose. The process requires that diabetics draw a little blood by poking their fingertip with a sharp needle-like lancet. But next generation of smartwatches from Apple and Samsung will make life a little less painful for diabetics.