Gionee will try to grab the spotlight albeit briefly with the launch of the Gionee Max Pro on March 1 in India. Leaked specs have revealed that the phone will have a 6000mAh battery capacity, even bigger than the standard model that launched last August. If a budget phone with a big battery capacity is what you want, then you should keep your eyes peeled for this one. 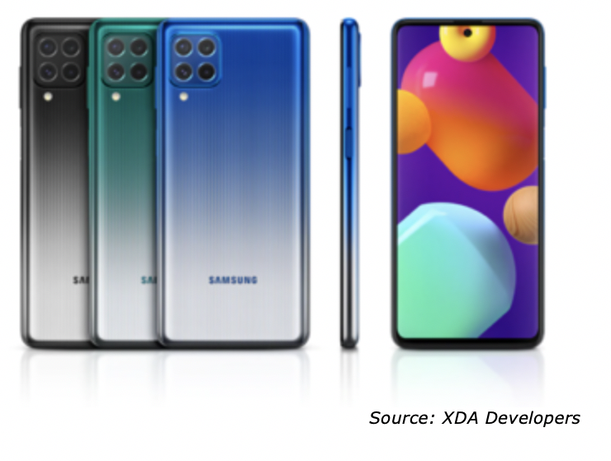 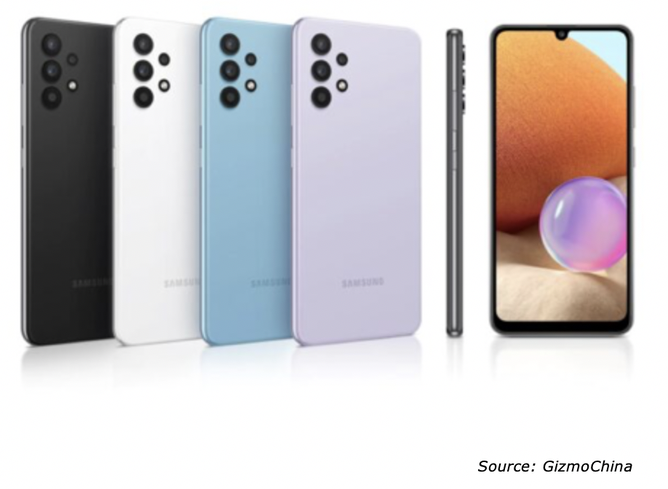 Meizu will unveil its flagship phones for 2021 on Wednesday, March 3. The Meizu 18 and Meizu 18 Pro will come with Qualcomm’s flagship processors – the Snapdragon 870 and Snapdragon 888 respectively and also have AMOLED displays with high refresh rates. Phones are not the only products we will be getting, the Meizu Watch is also expected to launch on that day. Meizu is also expected to launch the watch to global markets even if it won’t launch its phones outside China. The Meizu 18 is equipped with a 6.2-inch S-AMOLED E4 display with quad-curved micro-arc edges. The 20:9 aspect ratio display offers a QHD+ resolution of 1440 x 3200 pixels, a 120Hz refresh rate, a 240Hz touch sampling rate, 563ppi pixel density, 1300nits peak brightness, and HDR10+ support. The punch-hole screen is integrated with an ultrasonic in-screen fingerprint sensor, which makes it possible to unlock the device with wet hands and underwater. The handset measures 152.4 x 69.2 x 8.18mm and weighs 162 grams. The Meizu 18 Pro features a 6.7-inch edition of the S-AMOLED E4 punch-hole screen with quad-curved edges. The punch-hole display offers the same QHD+ resolution, a 120Hz refresh rate, a 240Hz touch sampling rate, 526ppi pixel density, HDR10+ support, and the same peak brightness. It also features an ultrasonic in-display fingerprint reader. The Meizu 18 Pro has 162.5 x 73 x 8.1mm dimensions and weighs 189 grams. 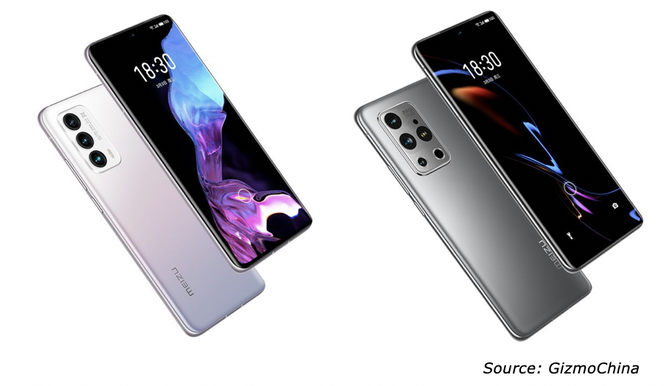 The Meizu 18 and 18 Pro are powered by the Snapdragon 888 mobile platform. They are equipped with up to 12GB of LPPDR5 RAM and up to 256GB of UFS 3.1 storage. The Meizu 18 has a 4,000mAh battery, whereas the Pro model gets a larger 4,500mAh battery. The vanilla model supports 36W Super mCharge fast charging, while the Pro model is equipped with 40W charging.40W Super Wireless mCharge technology, and 10W reverse wireless charging. The Meizu 18 has a front camera of 20-megapixel, whereas the Meizu 18 Pro has a 44-megapixel Samsung GH1 selfie camera. Both phones come with features like a 5-element lens, AI super clear portrait, backlight selfie HDR, super night view, screen flash, and face unlock for the front camera. The Meizu 18 has a triple camera system on its back, which comprises a Sony IMX682 64-megapixel primary camera with an f/1.6 aperture, 7P lens, and OIS support. It is coupled with a 16-megapixel ultrawide/macro lens, and an 8-megapixel telephoto sensor and an LED flash unit. On the other side, the rear camera island of the Meizu 18 Pro has a Samsung GN1 50-megapixel primary snapper with f/1.9 aperture, 7P lens, OIS, EIS, and dual pixel autofocus, a 32-megapixel Sony IMX616 ultrawide lens with 130-degree FOV, an 8-megapixel telephoto camera, and a 3D ToF sensor. Both phones carry support for Dark Vision, a feature that allows users to capture brighter shots in extremely dark environments. The Pro model promises better focus in dim-light conditions. Both smartphones offer photography features such as Super Night View, AI dynamic tracking, and portrait blur. The Pro model is capable of shooting 8K videos. The Meizu 18 and 18 Pro runs on Flyme 9 based Android 11 OS and comes with OneMind 5.0 system optimization. These phones are also equipped with other features such as dual SIM support, 5G, Wi-Fi 6 6E, Bluetooth 5.2, dual-frequency GPS, NFC, mEngine 4.0 tactile engine with large-sized linear motor, and USB-C port. The Meizu 18 Pro also comes with an IP68 rating for dust and water-resistance.

Prices of the different variants of the Meizu 18 and 18 Pro handsets:
Meizu 18
Meizu 18 Pro
Vivo shared Wednesday’s spotlight with Meizu as it unveils the Vivo S9 smartphone. The S9 will be the first phone in the world powered by MediaTek’s Dimensity 1100 processor. It has also been revealed it will come with a 44MP front-facing camera and a 64MP sensor on the back. 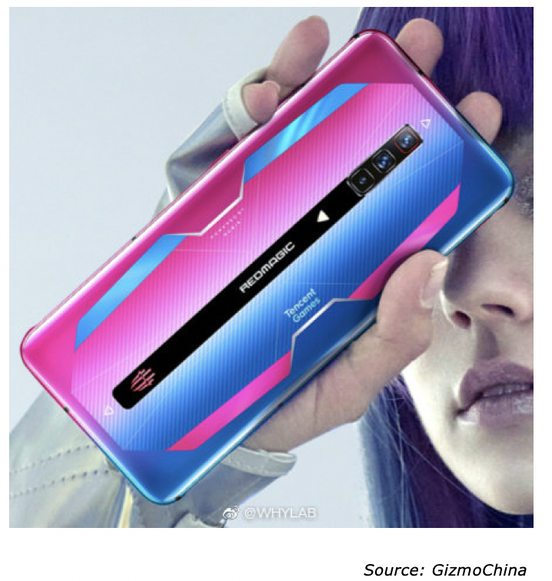 Nubia launched its gaming-oriented Red Magic 6 series in China. The new lineup built in partnership with Tencent Games and boasts a 165Hz display on the Red Magic 6 series up from last year’s 144Hz. On the front, the Red Magic 6 has a 6.8-inch full HD+ OLED display that refreshes at 165Hz with up to 500Hz touch sampling rate. ASUS was experimenting with a 160Hz refresh rate on the ROG 3, but it was hidden from end-users.

The phone is powered by the Qualcomm Snapdragon 888 chipset, paired with up to 12GB RAM (the Pro model goes up to 16GB) and up to 256GB UFS 3.1 flash storage. The phone also boasts a sophisticated multi-layer cooling system consisting of copper, graphene, thermal gel, and a built-in active cooling fan. Moreover, the phone supports USB cast and wireless casting with supported monitors and TVs for playing games with mouse and keyboard input. Air trigger buttons are also onboard for those who like to play with four fingers. Moving to the camera department, we have a 64MP primary shooter, an 8MP ultra-wide camera, a 2MP macro lens, and an 8MP front shooter.

The Red Magic 6 packs a 5,050mAh battery with support for 66W fast charging. The Red Magic 6 Pro, on the other hand, packs a smaller 4,500mAh battery but makes up for it with a much faster 120W charger. Both phones are compatible with USB Power Delivery 3.0, Qualcomm Quick Charge 3.0, 4.0, and 5.0 charging standards. Nubia claims that with the 120W charger, the Red Magic 6 Pro can charge from 0 to 50% in just 5 minutes. Meanwhile, a full charge takes 17 minutes. 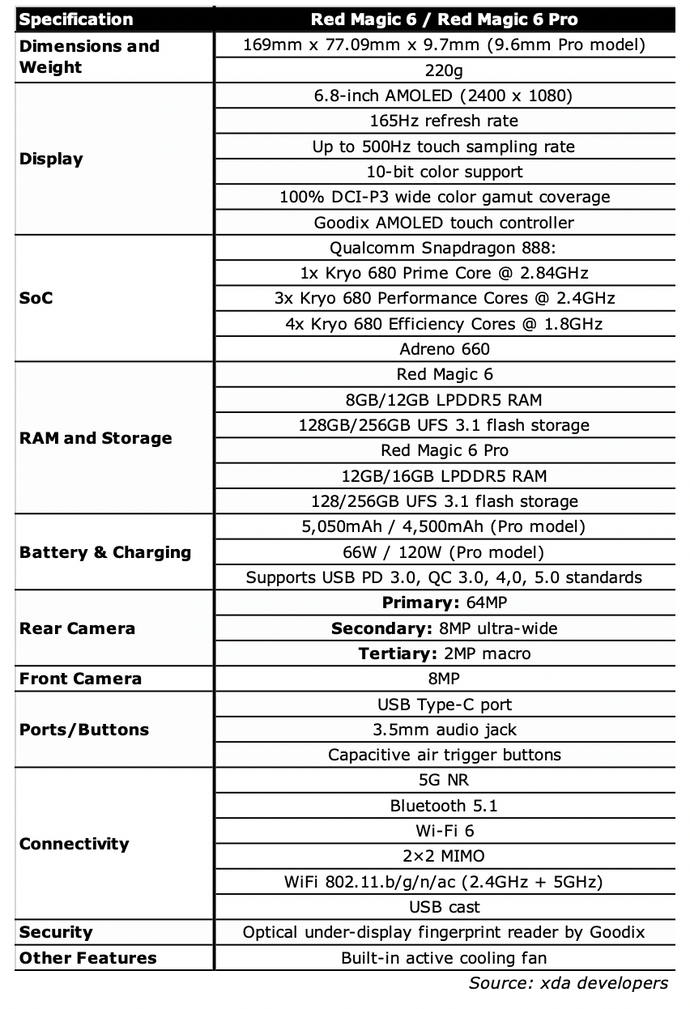 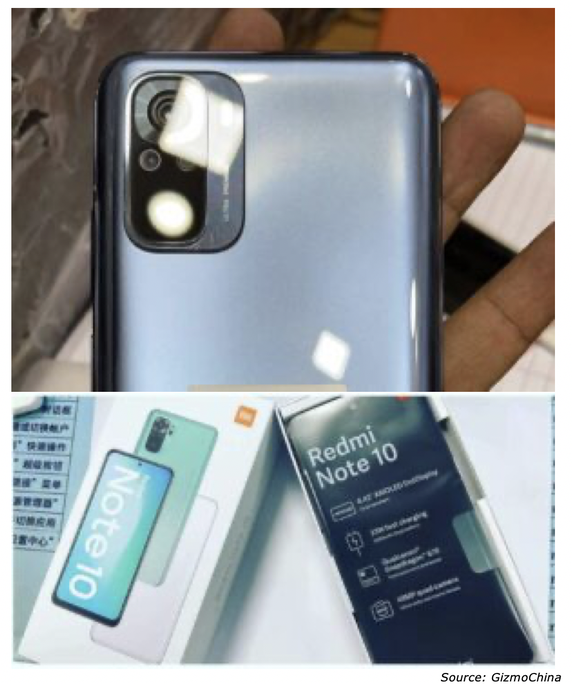 Other features of the Redmi Note 10 Pro include a 64MP quad-cameras, 5,050mAh battery, 6/8GB RAM, 64/128GB storage. It is likely to boast 5G connectivity support, a huge 108MP camera sensor, 120Hz refresh rate display. The Note 10 series will probably have the dual-speakers, IR blaster, 3.5mm audio jack, run MIUI 12 based on Android 11. The base variant will get White, Green, and Black colors while the Note 10 Pro will get Blue, Bronze, and Gray, and the top-of-the-line Pro Max Blue, Black, and Bronze options.
The Redmi K40 series was announced last week with three models in total – The Redmi K30, sold  11 million units, more than double the five million units recorded for the Redmi K20 series, which has three models in total.
Xiaomi/Redmi‘s new strategy to boost sales is to launch several models for a particular series. It already split the main Mi flagship series into two with the launch of the global markets-exclusive T-series which are actually rebadged versions of China-exclusive models. Last year’s Redmi 9 and Redmi Note 9 series also have more models than their predecessors and we expect their successors will follow the same pattern. By launching several models, Xiaomi/Redmi provides buyers with several options to choose from creating increased sales by increasing the chance at least one of the models will tick all the boxes of a buyer.

OPPO confirmed it will reveal the Find X3, Find X3 Pro in addition to Find X3 Neo and Find X3 Lite. The first two will likely launch in China while OPPO will bring the ‘Pro’, Neo, and Lite globally. Expected specs for the OPPO Find X3 series include a 6.78-inch OLED punch-hole display with QHD+ resolution, 10-bit colors, and refresh rate up to 120Hz. The base variant will likely have the Snapdragon 870 while the ‘Pro’ feature  Snapdragon 888 chipset.

iQOO confirmed it will release the iQOO Neo5 in China on March 16. The device will succeed the iQOO Neo3 and will feature an AMOLED FHD+ display with a 120Hz refresh rate, Snapdragon 870 chipset, paired with up to 12GB DDR5 RAM, 256GB UFS 3.1 storage. Other expected specs include a rear Triple-camera setup with a 48MP Sony IMX 598 main lens, a 13MP ultra-wide, and a 2MP sensor, 4,400mAh battery with 66W FlashCharge support, SA/NSA 5G, Wi-Fi 6, NFC, and Android 11 OS.

The OnePlus 9, OnePlus 9 Pro, and a possible OnePlus 9R  are expected to launch around the last week of March(Mar. 23).  The OnePlus 9 will feature a 6.55-inch Flat AMOLED 120Hz FHD+ display while the Pro will have a 6.78-inches QHD+ panel. 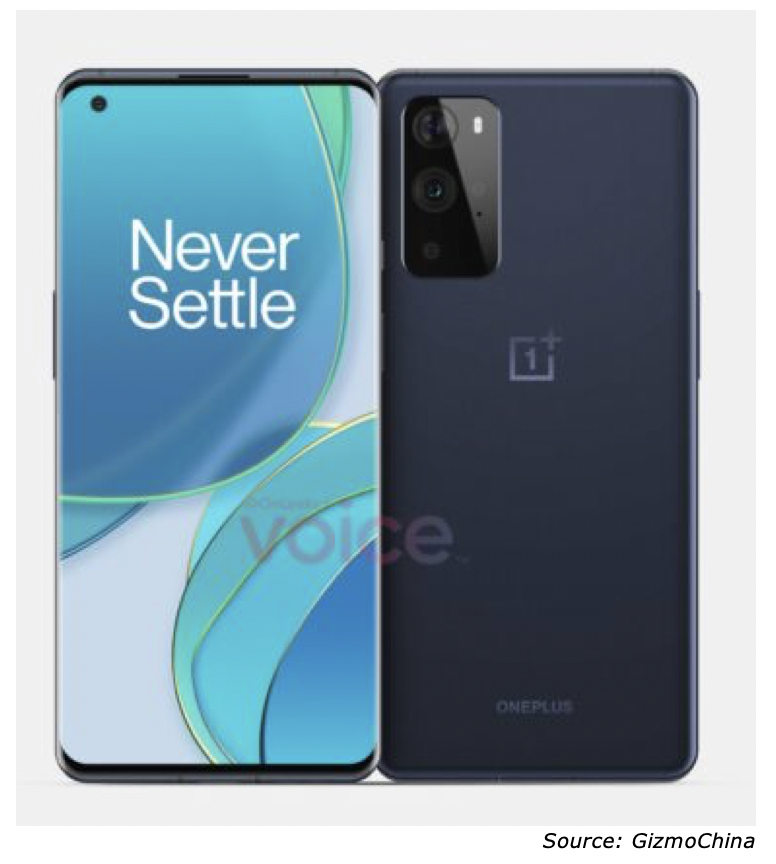 Samsung Galaxy A52, A72 --Samsung is geared up to refresh the Ax series in 2021. The South Korean giant will bring the Galaxy A52, A72 most probably this month(without delays). Thanks to leaked info we know that A52 is coming in 4G/5G variants while the A72 is limited to 4G.

Vivo X60 series, iQOO 7-- Vivo is expected to launch about 11 smartphones before the end of April in India. And the X60 series could debut here and Globally(with a few tweaks) in March. Interestingly, the Vivo X50 Pro+ from last year will likely accompany the launch in India. iQOO 7 is rumored to bring two more devices to India in March 2021. And one of them could be the iQOO 7 as it has already appeared on Geekbench.