Microsoft leaker WalkingCat shared an image of what appears to be a brand new Oculus Quest headset. Though no additional information has been provided at his time, you can clearly make out several differences between this supposed follow-up and the original Quest headset, the most notable of which being the all-white design. Looking closely are several smaller changes as well, such as the lack of a mechanical IPD slider, a mechanism used to change the distance between the headsets lenses.
It could be possible Oculus is transitioning to automatic software-based IPD adjustment, improving the headsets overall weight while simultaneously improving the headsets visuals. This makes sense, as back in May it was reported that Facebook was in development of a new Quest headset 20% lighter than the original.

The USB-C port has also been switched from horizontal to vertical, an interesting choice considering the vertical-friendly design of the official Oculus cable. Perhaps the cord packaged with this new Quest will be receiving some attention as well. I certainly wouldn’t mind a more comfortable cable designed specifically for use with Oculus Link.
​
Other alterations include a new head strap, small adjustments to camera placement, a slightly redesigned Touch controller, and what appears to be an all-plastic design, finally ditching that unpopular fabric material. 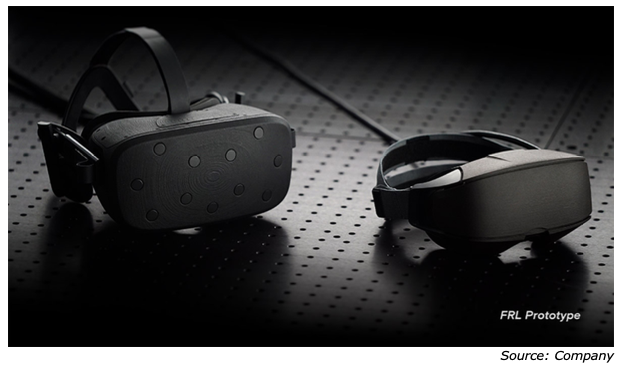 Whether this is the Oculus Quest 2, Oculus Quest 1.5, or Oculus Quest Lite remains to be seen. As previously mentioned, this past May reports began circulating about a small, lighter Quest with an improved head strap and all-plastic design. These descriptors correspond perfectly with the image provided by WalkingCat, including the upgraded Touch controllers.

My money’s on a mid-gen Quest headset akin to the Xbox One X or PlayStation 4 Pro, offering slightly improved visuals, increased processing power, and a more comfortable in-headset experience. While I believe the all-white design is an improvement over the original black shell, I wonder how long it would take before that color changes after extended use.