Samsung’s Mobile Division has been losing market share for since 2019 and as we have pointed out, Apple and Xiaomi have closed the gap in market share from 5% to around 3% and from 12% to 6% respectively. 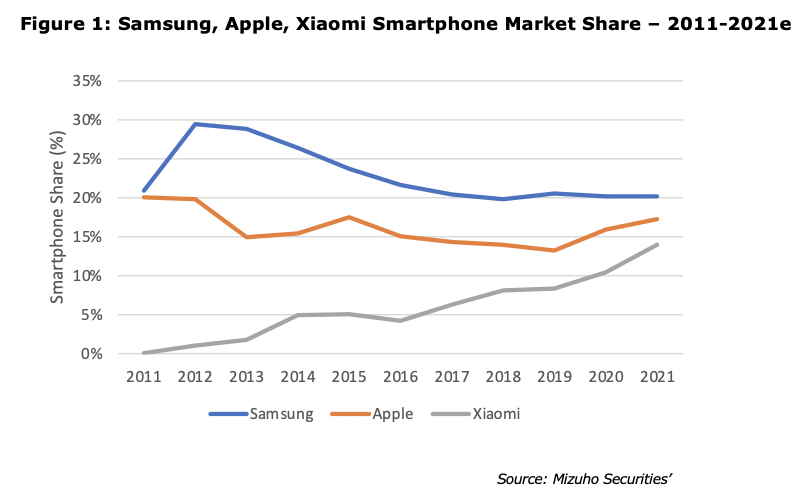 ​Samsung is struggling to differentiate its non-foldable candy-bar products from the aggressive Chinese competition, especially when SDC has been motivated by Samsung Group Management to grow sales and margins without considering the customer. Samsung’s leadership in foldables is strong, but as SDC sell panels to Apple, Google, Xiaomi and OPPO, Samsung Mobile will lose its early market share dominance.

In their 2021 flagship offering, Samsung sacrificed its 20m to 40m power users by not offering a new Note in order to encourage the purchase of the Z Fold 3 which costs $1799, plus $50 for the S-Pen instead of $1199 for the S21 Ultra w/o an S-Pen. The Mobile Division is betting that by leveraging technology, its rivals will be unable to match at a price point that’s competitive with their flagships, No other rival can offer an array of foldable smartphones capable of hitting the mass market anytime soon. The Huawei Mate X2 is well built but at a price of $2399 would struggle to sell in the West, especially w/o Google apps. Xiaomi’s Mi Mix Fold for the Chinese market, which was marginally more affordable than Samsung’s Galaxy Z Fold range, would still be priced above $1,500 if it were to make its way to global audiences. All of the other major brands are still closer to the expensive concept rather than the mass market stage with their flexible phones. It will take another iteration or two before they close the gap. Samsung should enjoy at least two years of foldable smartphone leadership as Apple, isn’t expected to launch its first foldable handset until 2023, which is expected to have the Flip form factor.

The closest foldable rival appears to be the Google’s Pixel Fold, with its 7.2” inner display, expected by the end of the year. It is likely that the Pixel Fold will have a much better camera array than the much criticized Fold 3 cameras.  But the Pixels have very limited distribution capacity. 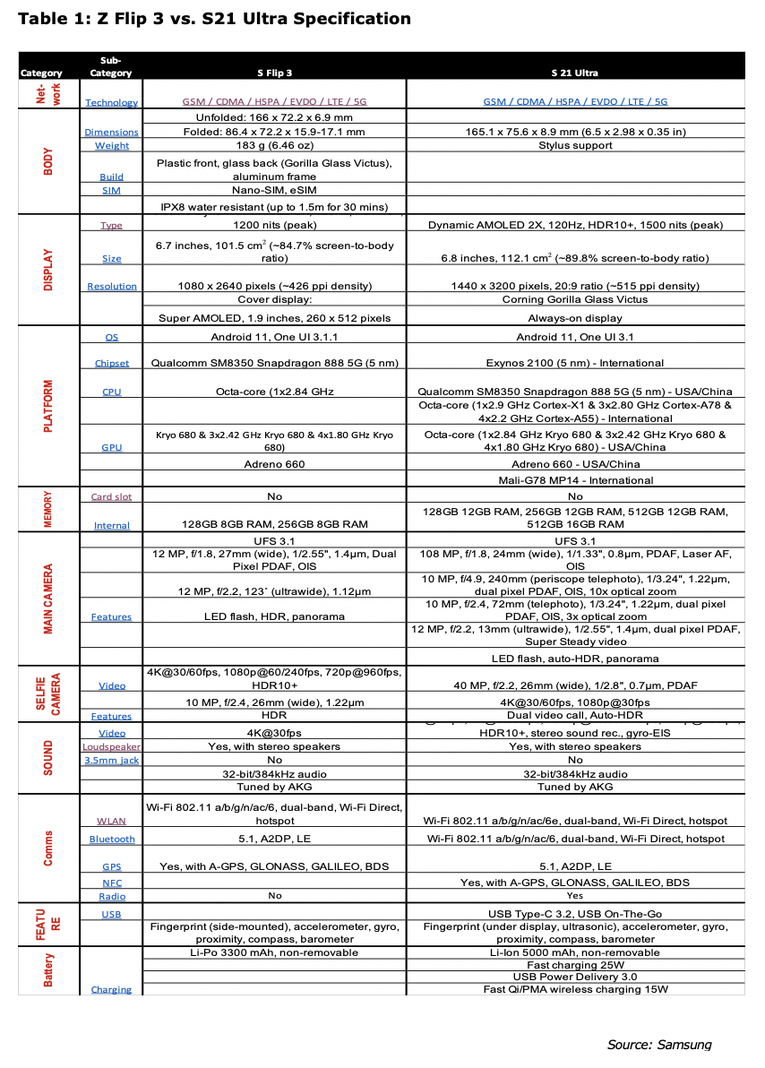 --“We are thankful for the great customer response to our new Galaxy Z Fold3 and Galaxy Z Flip3. Interest in foldable smartphones is at an all-time high, with pre-order volume for Z Fold3 and Z Flip3 already outpacing total sales for Galaxy Z devices to date in 2021. We’re committed to providing the most innovative experiences to our consumers,”

​Market researcher’s forecast vary widely for 2021 and beyond. But DSCC seems to have the best handle. 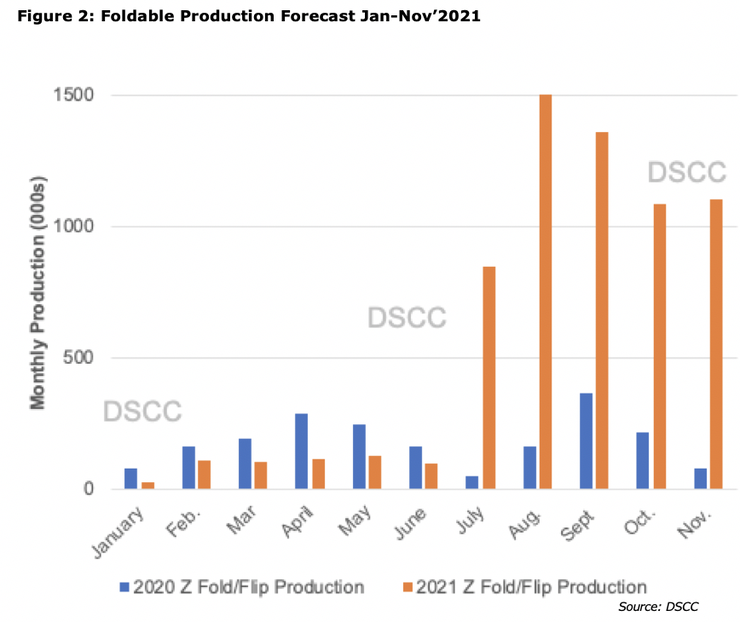