Samsung and Huawei were the first brands to offer smartphone with a new generation of desktop mode, allowing users to get a PC-like experience when their phone was connected to an external display. But Motorola was arguably the first manufacturer to dabble with the tech was Motorola’s Atrix 4G and a “lapdock” back in 2011. XDA-Developers) has spotted an official video on Qualcomm’s website, showing off Motorola’s new desktop mode while connected to an external monitor, as shown below. 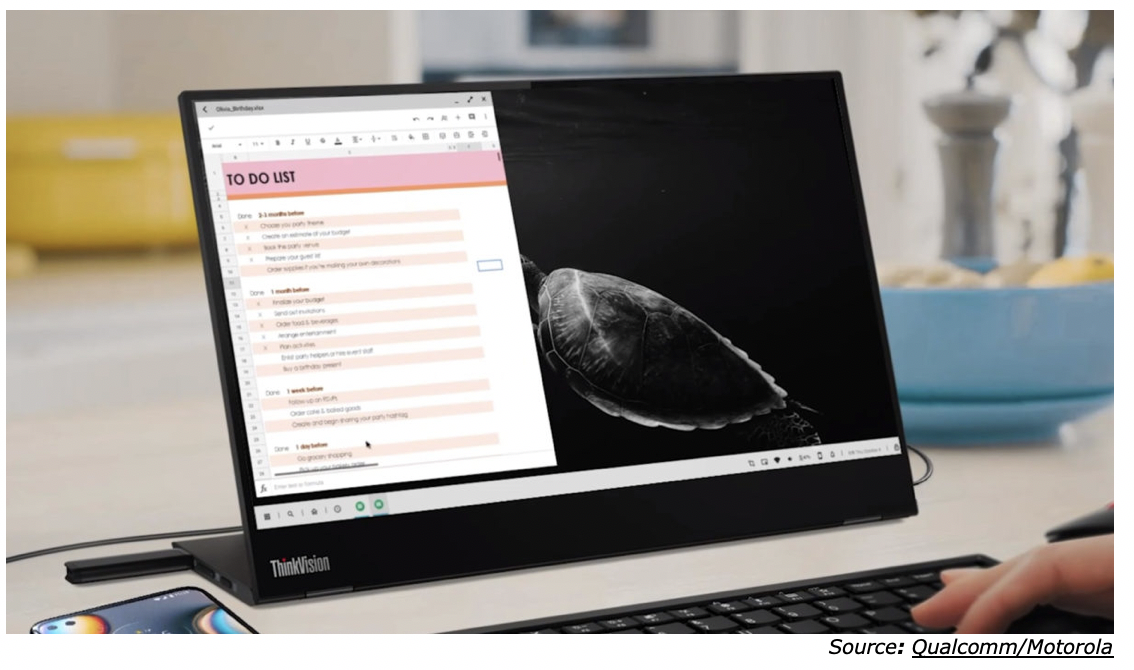 ​The video says, “Take multitasking to the next level in a desktop mode, allowing you to take a closer look at things like videos, artwork, and documents, on a larger display,” the narrator notes during the video. The video then shows off the mode, featuring a taskbar, resizable windows, a start menu of sorts, and various apps. 2021 will mark the 10th generation of Moto G, and nothing would make us prouder than bringing 800-series experiences to this family,” Motorola mobile chief Sergio Bunac added at the end of the video. The phone seen in a video has two punch-hole cutouts, suggesting it could be the Moto G 5G Plus or the Moto One 5G if it’s a recently released Moto device. But XDA-Developers also reports that the upcoming Motorola “nio” flagship offers a similar dual selfie camera design, while speculating that this flagship could actually launch under the Moto G line.