Vertical Divider
Motorola Releases the Razr 5G
​
The Motorola Razr 5G, like the second-generation Samsung foldable released a week or so ago, the second-generation RAZR cleans up a lot of the early problems. The Samsung Galaxy Z Flip was a premium 2020 spec device, and cost less than the RAZR’s 2019 effort. It blew away the RAZR pretty badly, and was much more universally acclaimed. But Moto is back, and is looking to redeem itself.
The phone still has limitation such as only one camera means no wide-angle or telephoto lens, and there is no wireless charging. The battery life may still be missing that extended range, especially with 5G demands on the power cell. 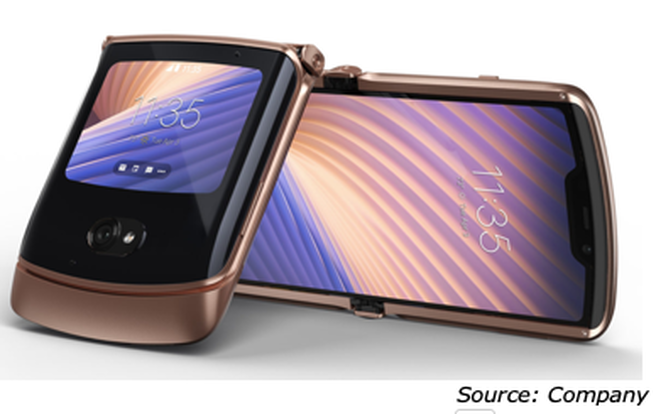