New images were posted by a user of Chinese social media platform Weibo, before being hastily deleted, but not before Sparrowsnews managed to save the pictures.
The foldable phone shown in the pictures seems to be a working device. 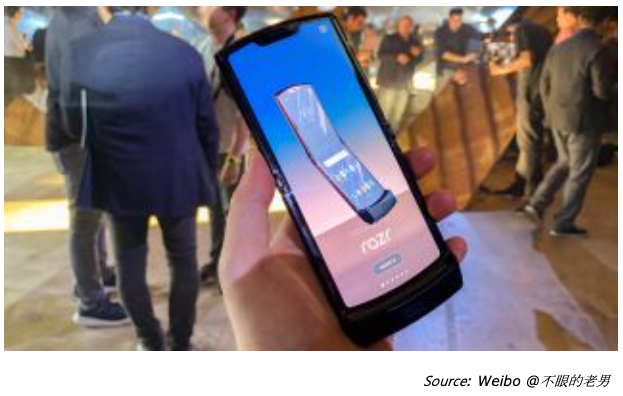 The leaked hands-on images of the Motorola Razr 2020 indicate the phone would have a much smaller chin than its predecessor, without the physical fingerprint sensor that was housed in it. The body also seems to be less angular, with the top and bottom edge (when unfolded) being much more curved. The hinge mechanism we can see looks a little more visible than on the original model though, which lends credence to the idea that this could be a prototype. There's even an exposed screw that can be seen in it, which would almost certainly be hidden in a retail device.
​
When the phone is folded, the camera and flash are seen to have been moved down, to make room for what seems to be a bigger cover screen, estimated to be 6.7” by DSCC . The company also forecasted a Razr 5G with a 6.2” display.