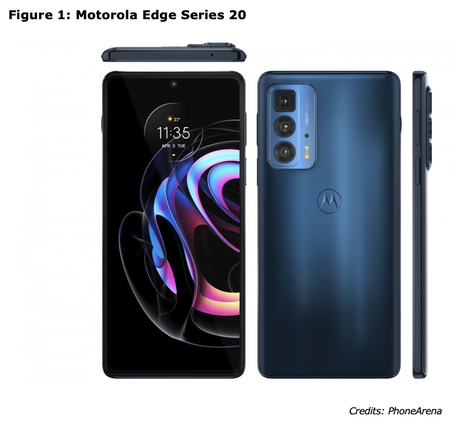 ​On the bottom, is phone’s USB-C port, SIM card tray, and bottom-firing speaker — it’s unclear if the other speaker located in the top bezel is just an earpiece speaker for calls. There doesn’t seem to be a hole for a 3.5mm audio jack. While the phone will run Android 11 out of the box as the phone has likely been in development long before Motorola has had a chance to rebase on top of the upcoming Android 12 release.