Steve Sinclair, the senior vice president of product and marketing at a Silicon Valley startup called Mojo Vision, is excited about the technology his company is developing. And he’s betting it will make consumers forget all about the fact that using it requires pressing two tiny screens up against the eyeballs. “When we’re pitching this to an investor, they know a little bit about what you’re going to show them because they wouldn’t take the meeting without having some of that info,” Sinclair said “But when you hand them a lens, which we put on the end of a little stick [for the demo], and they bring it up and we light it so they can see contents in the lens close up to their eye, that’s when their jaws usually drop. People are just kind of blown away. It’s like, ‘I saw you say you could do it, the [presentation] slide says you can do it. But now I’m looking at it — and it works.” 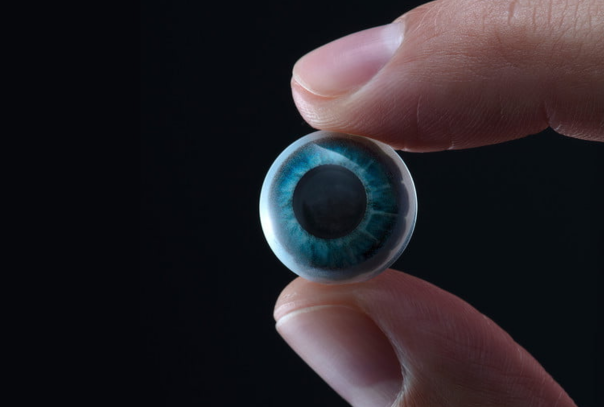 Source: Company
Mojo Vision will make smart augmented reality contact lenses when it’s ready to ship a product. It’s still developing the technology and raising money. Lots and lots of money. In early May, it announced that it had raised an extra $51 million to build its inaugural product, the Mojo Lens. This is on top of the (at least) $108 million it has already raised, bringing its total cash haul to nearly $160 million. Mojo Lens is a smart contact lens with a built-in display that transmits timely information without interrupting focus,” Sinclair explains. “It’s all about elevating your vision by providing information exactly when you need it, all the while letting you look like yourself.” This last part is one of the biggest reasons people are excited about Mojo Lens’ vision of augmented reality (AR), which seeks to expand our perception of the physical world by adding layers of digital information on top of it. 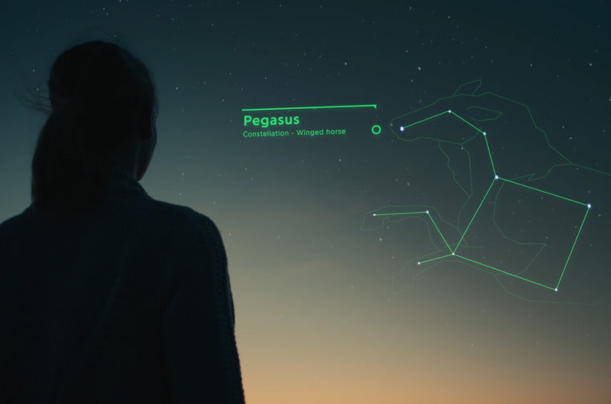 Source: Mojo AR
The highly touted, impending fourth platform of computing, coincides with paradigm shifts that occur roughly every 15 years in computing: Personal computers in the early 1980s, the internet revolution of the mid-1990s, the mobile era starting in 2007. The late Clayton Christensen’s much-cited Innovator’s Dilemma suggests that entrenched giants often miss out on disruptive innovation because they are so locked into what they are doing. They fail to see the wave breaking until they’re ready to be swept away.

In the case of AR, entrenched giants aren’t waiting for anyone. They are doing everything they can catch the swells of water threatening to erupt into a wave. Google Glass was an early attempt to capitalize on such augmented reality dreams. Apple, for its part, has ARKit and scores of patents for its own Apple glass. Microsoft has HoloLens. Then there are Snapchat’s Spectacles, Magic Leap (which has a big injection of Google money but rather meager results to date.)
But despite this frenzied funding FOMO, no one has really yet nailed the perfect factor for AR. It’s impractical to walk through the world holding up a smartphone in front of our faces to see augmented layers of information. And while plenty of companies are building AR glasses, none has yet delivered a device so compelling that it signals the way to the future. In short, no one has yet built the iPhone of AR. AR contact lenses could change that. What the late Mark Weiser, former chief technologist at the legendary tech research lab Xerox PARC, regarded as invisible computing. “The most profound technologies,” he wrote in a prescient article in 1991, “are those that disappear. They weave into the fabric of everyday life until they are indistinguishable from it.”

For all the attention received, Mojo hasn’t actually built its first lenses yet. At least, not in the form that they’ll eventually ship in. It’s still assembling the puzzle pieces that it hopes to fit together when the time is right. The current display can squeeze 70,000 pixels into a space smaller than a half a millimeter across, making it the smallest and densest dynamic display ever made. Under a microscope, the company demonstrates this by showing off projected images like Albert Einstein sticking out his tongue. The user interface, meanwhile, currently exists as a proof-of-concept demo showcased to interested parties on a virtual reality (VR) headset — the kind of bulky gear it might one day help lay to rest. From: Digital Trends

Aside from the technology risk of developing and putting a display based contact lens into the eye, there is a school of AR experts promoting the concept that the image must be projected onto the retina and cannot function clearly even nm away as would be the way a contact lens operates.