Recently, we reported that Mini LEDs would suffer from a blooming effect under conditions of white transitioning to black, which was not apparent in comparable OLEDs. 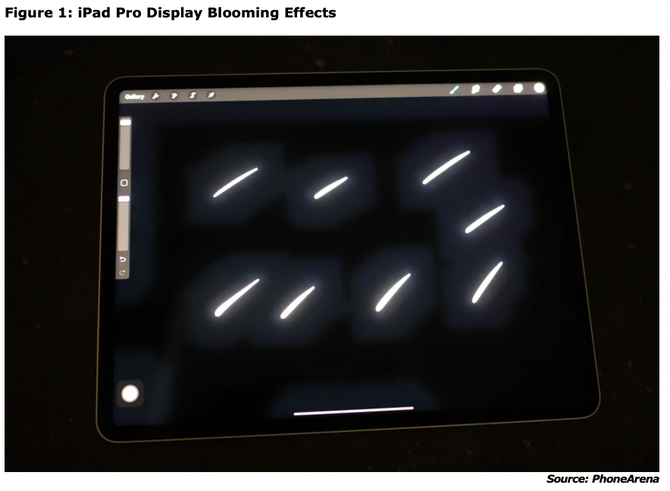 ​Upon releasing the new 12.9” iPad Pro reports of blooming were rampant. Apple issued the following statement:

“The Liquid Retina XDR display improves upon the trade-offs of typical local dimming systems, where the extreme brightness of LEDs might cause a slight blooming effect because the LED zones are larger than the LCD pixel size."
Apple, May 21. Apple challenged users to find flaws in the new Liquid Retina XDR display on the new 12.9-inch iPad Pro. It's the big iPad Pro that seems to be having "blooming issues", which caused an outcry on social media. 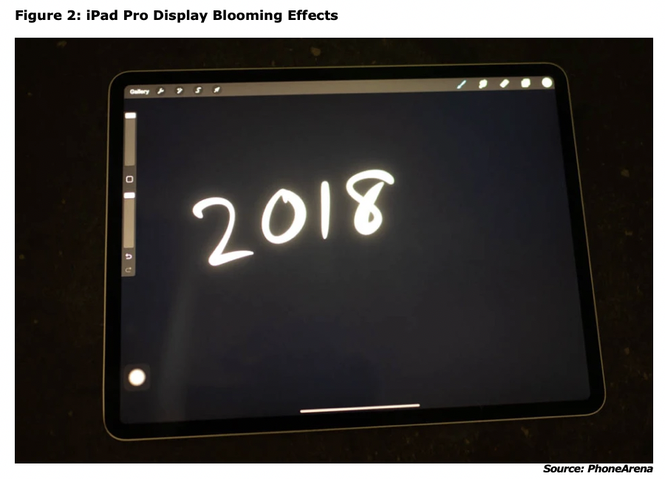 ​PhoneArena commented about Apple’s Mini LED iPad Pro; The "full-array local dimming" or FALD LED displays use thousands of mini LEDs spread across the entire screen as found in the new 12.9-inch iPad Pro and rumored to make its way into future MacBook Pro laptops. 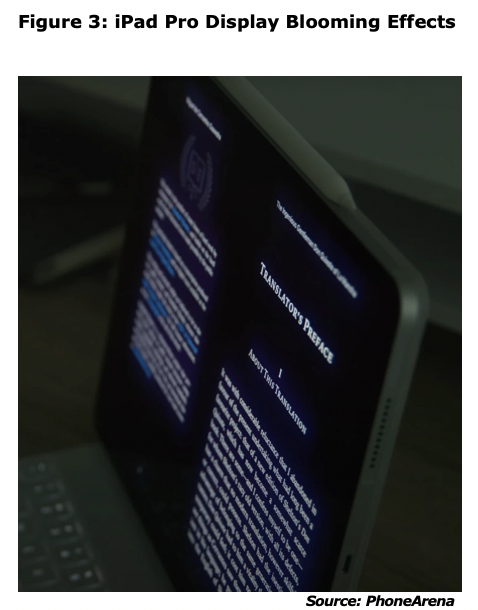 ​The challenges with mini-LED displays were there way before Apple decided to use them. Except for being more difficult to design and pricier, Mini-LED displays can show "blooming" or its often called "ghosting", "a halo effect",
It is most noticeable in high-contrast scenes, for example, photos showcasing the problem are taken in pitch black or generally dimly lit environments.

What happens is that when some of the tiny LEDs do their best to get dimmer in order to become as dark as possible, others try to become as bright as possible, which is simply when the light from the bright LEDs escapes and bleeds into the space of the dark LEDs. It's technically light bleeding, except not on the sides of the screen but within the screen. A good example is a white text on a plain black background.

The blooming isn’t noticeable in games, movies, and other dynamic scenes. Since its most noticeable in high contrast and high brightness scenarios (HDR). The issue is most noticeable the device is tilted. Cameras, and smartphone cameras, try to make darker scenes brighter. While that's generally a good thing for night photography, it exaggerates the iPad Pro's issue way more than it really is. Ironically, the iPhone (or any other phone) might try to compensate for the extremely dark environment where the photo was taken, and that's how it makes the "blooming" on the iPad Pro appear harsher. 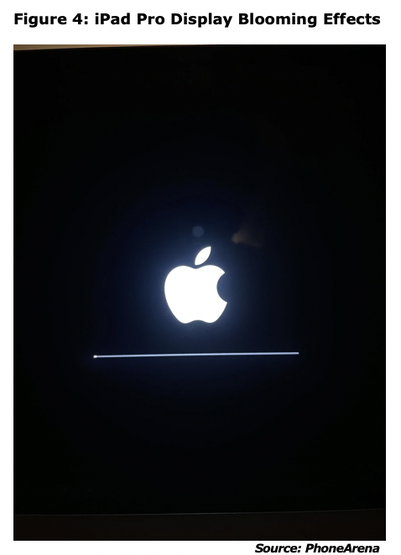 ​LCD high-end gaming monitors, or monitors in general, are noticeably more prone to show blooming, as the number of mini LEDs found in them is often not greater than 500-600. In the iPad Pro's case, the mini LEDs are over 10,000. Mini LED TVs have 100s of thousands of LEDs and more dimming areas, which might mitigate but not eliminate the problem. Apple customers will have to live with the blooming until they switch to OLEDs for its most premium iPad. 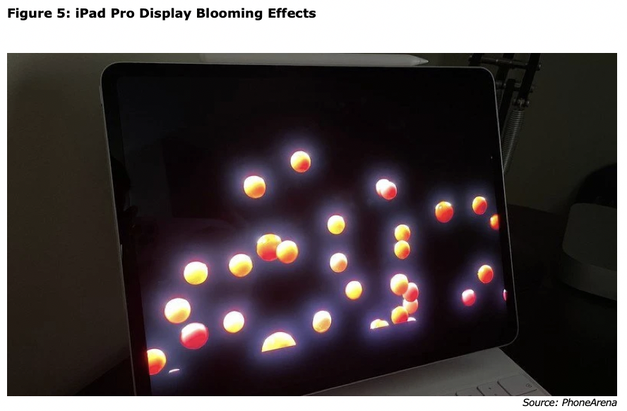