In 2019, 5G was said to have become a reality. The reality, however, was that only 29 5G phones were launched in the market. The 5G ecosystem was in its nascent stages, which meant that the first 5G launches were all $1,000+ flagship phones with limited market availability. The modem and carrier support was also immature, as the first-generation Qualcomm Snapdragon X50 modem was not a global 5G modem in the true sense. The newer Snapdragon X55 modem only found its way to smartphone launches in December. 2020, therefore, looks to be the year where 5G goes mainstream, at least in developed markets. The Qualcomm Snapdragon 865 and the Snapdragon 765/G were launched last month, and they will be power the majority of 5G phones this year. Realme, one of 2019’s success stories, has launched its first 5G phone, the Realme X50 5G, in China earlier this month. Now, the company has announced that it will hold a global 5G launch event on February 24, 2020 at MWC 2020.

The company’s event description states: “Realme will host the first global launch event in 2020. In the 5G era, Realme will be dedicated to being the popularizer of cutting-edge technology, promoting the popularity of 5G networks worldwide and bringing new 5G phones with power and style to global users.” This means that the company will launch at least one 5G phone at the event. 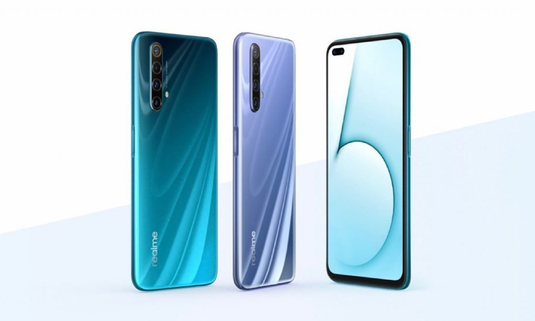 Source: Company
​
​The Realme X50 5G  is the only 5G-capable phone in Realme’s device portfolio. The phone could be re-branded for international markets, however. It’s also possible that Realme will launch a 5G flagship phone powered by the Qualcomm Snapdragon 865. Such a hypothetical phone would be the successor of the Realme X2 Pro (review), which was launched in October. It’s more likely, though, that Realme will start its 5G journey by first launching a mid-range phone. The Snapdragon 765G has the benefit of having an integrated Snapdragon X52 5G modem, whereas the Snapdragon 865 must be paired with a discrete and more powerful 5G Snapdragon X55 modem, as it has no integrated modem. A third possibility is that Realme launches both the mid-range Realme X50 5G as well as a Snapdragon 865-powered flagship.
If the Realme X50 5G does end up being launched globally, it could be one of the cheapest 5G phones in the market as its base variant was launched in China for the equivalent of $360. The phone has an upper mid-range list of specifications including the Qualcomm Snapdragon 765G SoC, 6GB/8GB/12GB of RAM with 128GB/256GB storage, 6.57-inch FHD+ IPS LCD with 120Hz refresh rate, 64MP Samsung ISOCELL GW1 primary camera, 8MP ultra-wide-angle camera, 12MP telephoto camera with 2x optical zoom, 2MP macro camera, 16MP + 8MP (regular + wide-angle) punch hole front cameras, and a 4,200mAh battery with 30W VOOC 4.0 charging. The phone’s specifications and overall design are similar to the 5G version of the Redmi K30, which has only been launched in China so far. There is still a month before MWC 2020, but it’s becoming clearer by the day that 5G will be the defining focus of the conversation.