Microsoft announced Mesh, which is a collaborative platform that allows anyone to have shared virtual experiences on a variety of devices. “This has been the dream for mixed reality, the idea from the very beginning,” explains Microsoft’s Alex Kipman, the inventor of Kinect and HoloLens. “You can actually feel like you’re in the same place with someone sharing content or you can teleport from different mixed reality devices and be present with people even when you’re not physically together.” Initially, Mesh will present people as virtual avatars taken from the AltspaceVR social network that Microsoft acquired back in 2017. Mesh will eventually support what Microsoft calls “holoportation,” allowing people to appear as themselves in a virtual space. 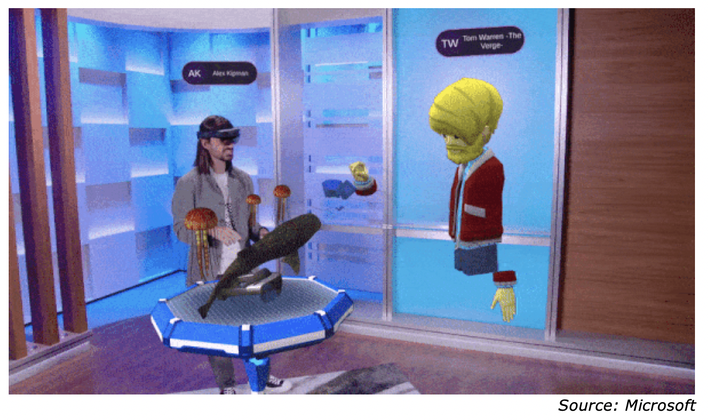