Microsoft’s Duo was just announced and will be released in September. It has two 5.6-inch OLED screens that combine into one larger 8.1-inch PixelSense Fusion display. It’s all held together by a 360° hinge. The device will be 4.8mm thick in its unfolded form and roughly 9.6mm thick folded.  Microsoft revealed that the Surface Duo will retail at $1,399, The Duo is $600 cheaper than Samsung’s original Galaxy Fold and $100 less than the reborn Motorola Razr’s starting price. Samsung’s folding Z Flip is $100 cheaper than the Duo, but like the Razr, it’s a smaller device aimed at flip phone lovers. 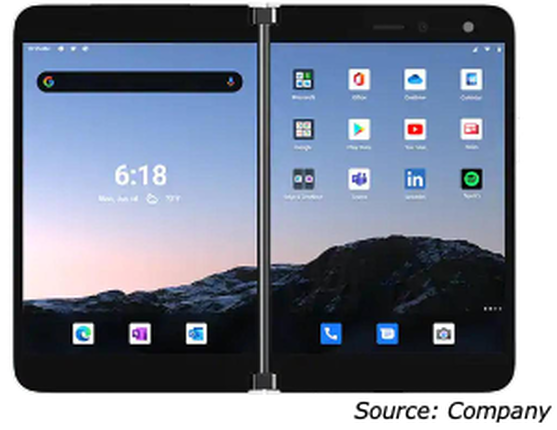 ​Others have tried to embrace the dual display device architecture; from the Sony Tablet P to the Kyocera Echo to the LG V60 ThinQ Dual Screen, manufacturers have been trying to solve the problem of screen space for years without having to resort to the expensive foldable displays. Microsoft, however, may be the first to y go all-in on the concept. Previously, Microsoft showed a number of apps designed for foldables that may make the DUO uniquely attractive until competitors catch up. Samsung’s Fold and Z Fold 2 thrive on seamless video watching. Microsoft needs to present other benefits that will offset the distraction of their seam. 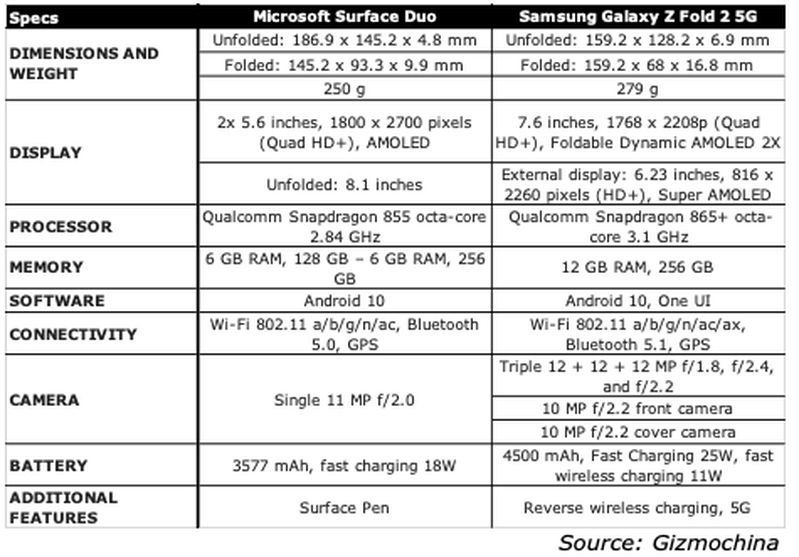