Panos Panay, Microsoft’s chief product officer has been thinking about a pocketable or a small Surface device for years, even describing the idea as his “baby”. If there’s anything that Microsoft has learned from trying to harmonize Surface hardware and software, it’s that timing is everything. “One of things that we’ve really developed a strong muscle for is the ability to know timing for when a product is right,” explains Steven Bathiche, who oversees all hardware innovation for Microsoft devices like Surface, Xbox, and HoloLens. “Timing is a thing I’ve learned is the most important thing, it’s more important than the idea itself in fact. All the ingredients really have to be right. Microsoft decided early on that there wouldn’t be a cover display, meaning, an intentional choice to unfold the Duo is required to see the displays and even notifications. These fundamental choices allowed Microsoft to focus on keeping the device thin, creating a reliable hinge, and bringing the dual-screen computing desktop from a PC unto a smartphone. This internal frame has allowed Microsoft to spread the Surface Duo components across both sides, while keeping the device just 4.8mm thin.  LCD displays were favored over OLEDs, but they would have added to the thickness of the device. “The whole LCD or OLED debate was a real one,” explains Bathiche. “I was really worried about it, because I knew some of the challenges to overcome that OLED didn’t really solve … When we got our first prototypes back… we opened it up and looked at it for the first time and realized ‘Holy cow, there’s a color shift that we didn’t essentially account for that happens when you look at OLED offscreen,”, recounts Bathiche. Some of these hardware choices for dual screens and the device thinness have also led to the Duo missing things like 5G connectivity or NFC support and a small camera module because it had to fit within 4.8m.

Microsoft re-entered the smartphone market with the  Surface Duo: a dual OLED  device running Android and with all the attention to details and the number of iterations, it was expected that the Duo would be thoroughly prepared for the market. But early reviews criticize the Duo for being underpowered, lacking competitive camera technology, and besieged with very buggy software. The Verge said: “Microsoft is charging a starting price of $1,399 for the Surface Duo; given its capabilities relative to other phones, it is absolutely not worth that price.” Perhaps sometime in early 2021, with a smoother, faster, a less buggy product and a price drop too,  the Duo will become competitive. For now, it obviously is not. And the surprise is Microsoft allowing the world to see it as it is. 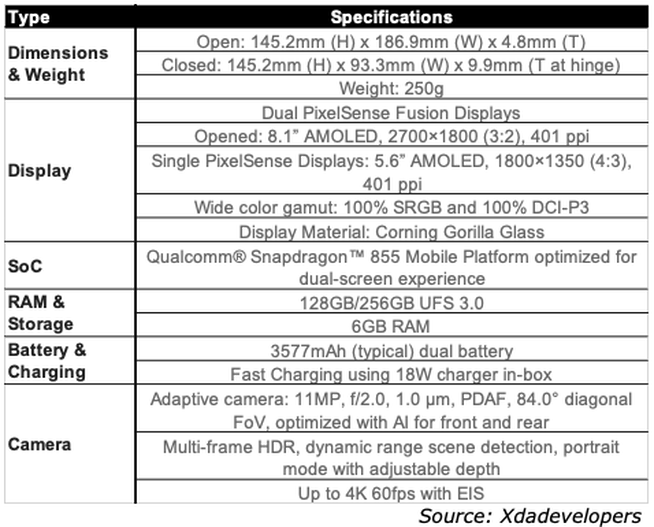 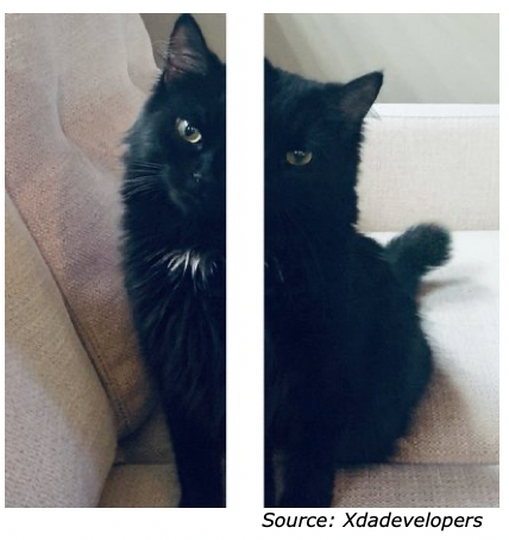 ​Microsoft’s folding and dual-screen ambitions thankfully won’t end with the Surface Duo. The company is planning to launch a Surface Neo device, powered by Windows 10X. Microsoft unveiled the Surface Neo last year alongside the Duo, complete with two separate nine-inch displays that fold out into a full 13-inch workspace. Surface Duo and Neo won’t be the only dual-screen devices Microsoft is creating, either. “I believe that different sizes will happen, and I actually believe different companies will make different sizes too, and I think they should,” says Panay. “We want dual-screen architecture to be prevalent, we want every app to work on these screens, and we’re fundamentally committed to that. It includes a roadmap of multiple sizes.”

“The next natural evolution is different [dual-screen] sizes,” says Panay. “Whether the larger moves into Windows where it’s appropriate to use the Windows codebase and software, and the smaller form factor uses Android, I think you can safely say that’s the right path with what we’re doing right now as a team.” Panay believes Duo and dual-screen devices are here to stay, and the hardware will clearly evolve in the future.  We might have to wait until foldable glass is a little more reliable before we see it on a Surface device, though. Microsoft believes that the Surface Duo, and devices like it, will change the way people use mobile devices. That belief is rooted in the work the company has been doing in Windows for more than 30 years, allowing PC users to window apps, drag and drop content, and support multiple monitors to multitask. The future of mobile devices could go in a variety of different directions. Not everyone will have a need for a device like the Surface Duo immediately — or maybe ever. But then not everyone needed to check their email on the go or browse the mobile web when the first stylus-driven smartphones appeared. Microsoft is betting that behaviors will change, or as Panay puts it: “it’s a product that I believe is transformative for the future.”