Meere Company will supply its edge grinder for Tianma’s Gen 6 OLED production line. According to chinabidding.com, the Korean company won an order for edge grinders and edge inspection equipment from the Chinese display giant last week.
Edge grinders use a grinding wheel to make the edges of OLED panels uniform, which  increases the durability of the panel. Edge inspection equipment detects defects with vision cameras. Tianma will likely use the kits for its production lines at Wuhan and Xiamen, where it has Gen 6 OLED lines.  Last year, Meere Company supplied edge grinders to BOE for the latter’s Gen 6 OLED lines at Wuhan and Chongqing. The company also supplies its kits to Samsung Display, LG Display, HKC and CEC Panda. In 2019, Meere also won an order to supply quantum dot display equipment to Samsung Display. It usually supplied grinders for liquid crystal display to Chinese customers.

Meere is also shipping more edge profiler, use to reduce notches and other design applications in panels. Demand is rising for kit as more smartphone companies launch full-screen phones. 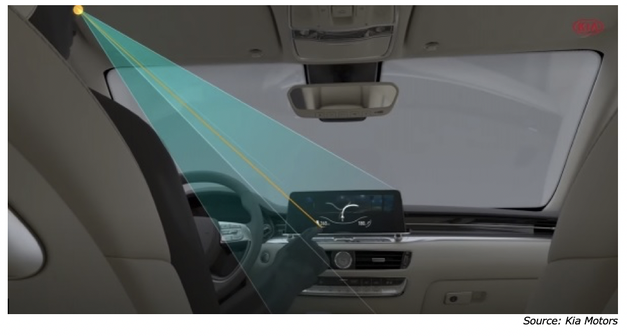 ​Display production tools account for 70% to 80% of Meeres sales. LG Display is its largest customer. Meere also has laser technology, which can potentially be used for flexible OLED panels by converting a-Si to p-Si. The Korean firm is also entering the 3D Time of Flight business. It unveiled its VGA-level ToF ASIC called MR1000, which will be used by Samsung’s System LSI business. The chip has an algorithm to measure distance. Meere said the chip can be make camera modules smaller as it can replace FPGA, AP and CPU resource. MR1000 has been selected as a companion chip for Samsung’s image sensor, and the company expects application of them to increase going forward. Meere collaborated with Kia Motors and Hyundai Mobis to show off automobile display with ToF modules, at CES 2019 and CES 2020, respectively. The company aims to apply ToF in offline stores and automobile industries first. The company is also developing a robot for laparoscopic surgery. In 2020, as of the third quarter, it posted 35 billion won in sales and 12.5 billion won in operating loss. Sales was down by 58% compared to 2019. The company posted 164 billion won in sales on average annually from 2017 to 2019. CEO Kim Joon-goo is the son of founder Kim Jong-in. The company is based in Hwaseong, Gyeonggi Province.