Vertical Divider
Mediatek’s Dimensity 1000 Priced 40% Higher than Forecast
December 08, 2019
​
Mediatek’s announced the Dimensity 1000, an SoC 5G chipset, the company’s first 5G product establishing to create a position in higher priced smartphones. While the chipset has been applauded for its performance, especially as it is capable of supporting two carriers at once, the expectation for a ~$50 chip price turned into $70, compared to between $10 and $12 for 4G product, While the comparable Qualcomm Snapdragon 855+ is quoted at ~$85, expectations that Mediatek would be pricing to a lower tier were too optimistic as relatively tight 7nm capacity at TSMC until early next year does not seem to be working in favor of smartphone manufacturers. 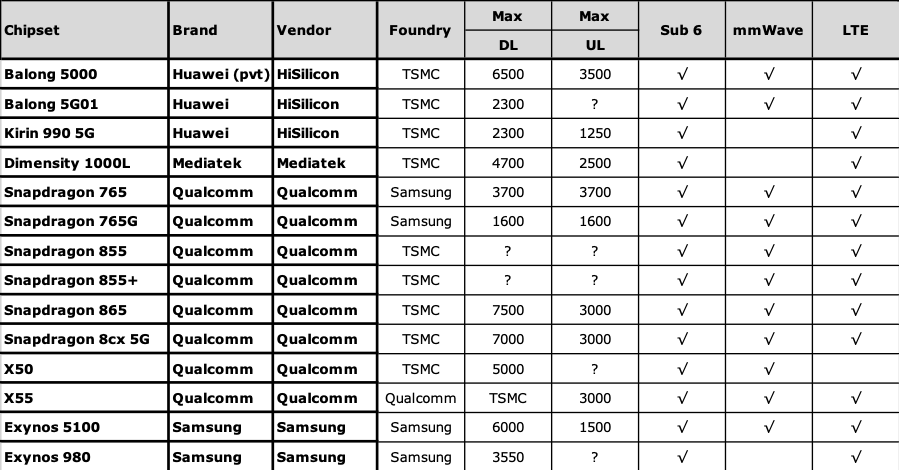 Huawei would appear to have an advantage over other 5G smartphone manufacturers in that they have a captive design subsidiary (HiSilicon) and do not sell the Kirin chipset to outside brands (currently), but the Kirin 5G chipset is produced by TSMC, which means it faces the same tight capacity situation and the associated higher production costs.
The Mediatek and Kirin both have integrated modems, while the Snapdragon uses a separate X50 5G modem.  An integrated modem should lead to lower power consumption, and Mediatek, uses Ai processors to control camera functions and other smartphone management, which also gives the newer and more extensive Mediatek Ai architecture an advantage.