There are 25 5G smartphones either in the market or soon to be released and the next table shows most of the current 5G smartphones, their price and the chipset used. All of the phones have OLED displays. The choice of chipset does not appear to be related to price nearly as much as brand, given that the five highest priced 5G smartphones use two different 5G oriented chipsets. 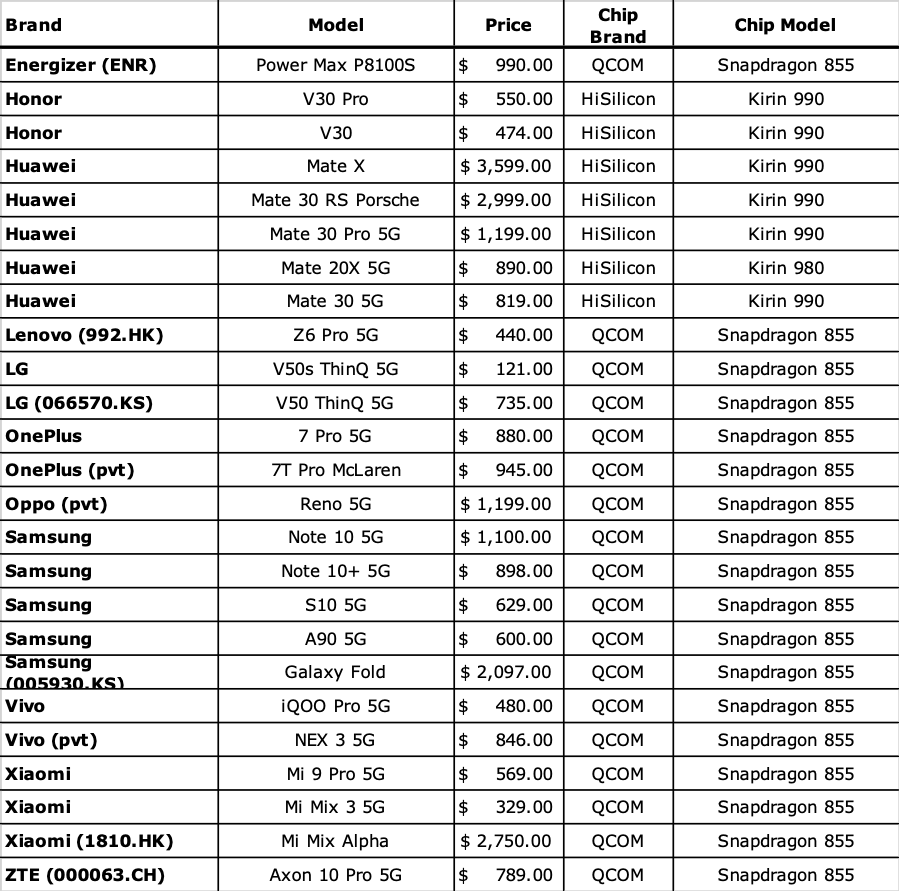 Source: Company
​Mediatek, whose 4G chipsets tended to be oriented toward lower priced smartphones is entering the 5G SOC market and has rolled out the Dimensity 1000, produced by TSMC to compete with Qualcomm  and Huawei for the high-end 5G smartphone chipset market.  The Dimensity 1000 is an 8 core chip with 4 cores based on the recently released Cortex A77 architecture, with support for 5G Sub-6 and a six processor AI unit, along with support for an 80MP camera or multiple smaller camera configurations, a 19% smaller footprint than Mediatek’s previous 4G device, and a 40% to 50% power saving over discrete 5G product solutions. While the Mediatek chipset has not been tested in real-world applications, it received a higher benchmark score than the Qualcomm (Snapdragon 855+ and Apple’s (AAPL) A13 Bionic chipset, particularly for the CPU, so it will compete for the smartphone iterations released in 1Q.  The Cortex A77 is ARM Holding’s latest CPU architecture and was designed specifically for 5G devices.