Huawei’s introduced the Mate X2, which can be used either as normal smartphone with a 6.45-inch display or as an 8-inch tablet — the latter screen is reportedly free of any noticeable crease, due to the multi-dimensional hinge design, five years in the making. 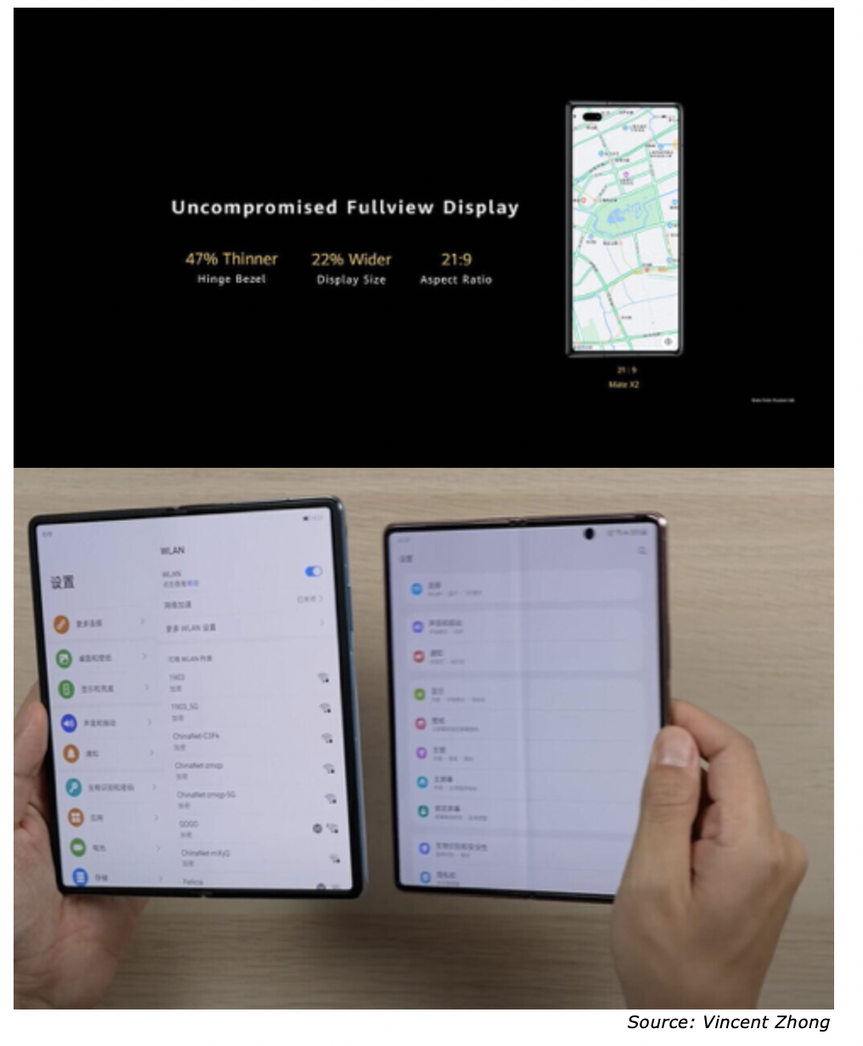 ​The multi-dimensional locking mechanism creates a waterdrop-like cavity when the device is folded, this means the screen is not bent at a harsh angle like the hinge of the Galaxy Z Fold 2.

The Mate X2 features a tapered design that subtly shifts the center-of-gravity to the thickest side, which is also where you grip the phone. The Huawei Mate X2 is packed with a 50MP main camera, 16MP ultra-wide angle camera (which Huawei calls Cine Camera), a 12MP 3x optical zoom lens, and an 8MP Periscope zoom camera that offers 10x optical zoom. This is virtually the same camera system used in the Huawei Mate 40 Pro+, the company’s current apex slab smartphone offering. Huawei crammed a Periscope zoom lens (which uses a more intricate, larger and thicker sensor) into a foldable device was thought to be impossible — until now.
Figure 4: Rendering Of The Periscope Camera Design That Fits Inside Foldable Device 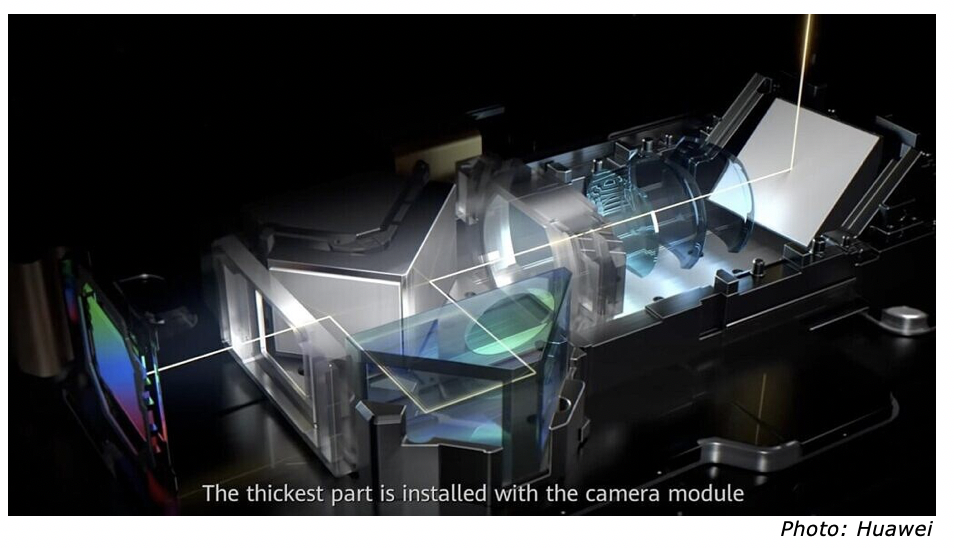 ​Huawei managed to include the components without compromising device thickness. The Huawei Mate X2 measures 4.4mm at is thinnest point in unfolded form. When folded, its thickness varies from 13.6mm at the thinnest point to 14.7mm — still thinner than the Z Fold 2’s 16.8mm. The Huawei Mate X2 ships out of the box running an open source version of Android. Starting April users will have the option to upgrade their phone to HarmonyOS, Huawei’s proprietary software that the company promises will bring the foldable phone experience to a new level. The Huawei Mate X2 will be among one of the earliest batches of Huawei devices to get this game-changing upgrade.

Users can jump into split-screen multi-tasking with just a couple of taps using “Multi-Window,” an intuitive shortcut gesture built into the Mate X2’s software. Drag and dropping media file work across native Huawei apps and select third-party apps. Users can also open almost any app in a floating window that can be resized or placed anywhere on the screen. “App Multiplier,” as the name suggests, opens multiple instances of the same app.
Figure 5: App Multiplier 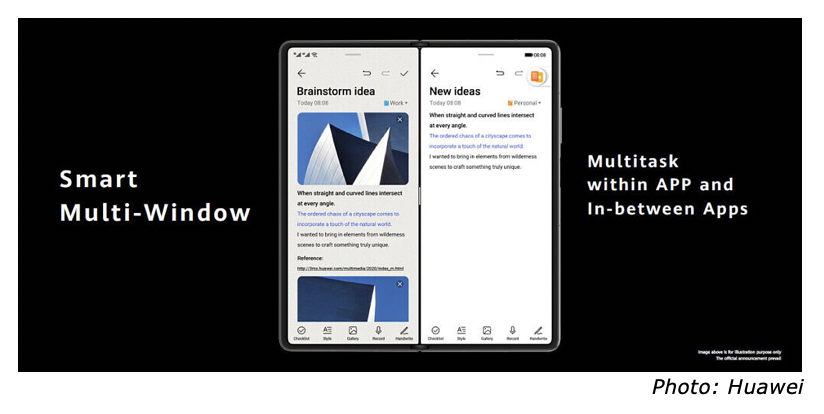