Samsung Electronics is looking to increase next year’s smartphone shipments from 260m in 2020 to 300m units as it is benefits from restrictions on Huawei imposed by the U.S. Thru 2020, Huawei was growing its share of the smartphone market as Samsung and Apple were steady. 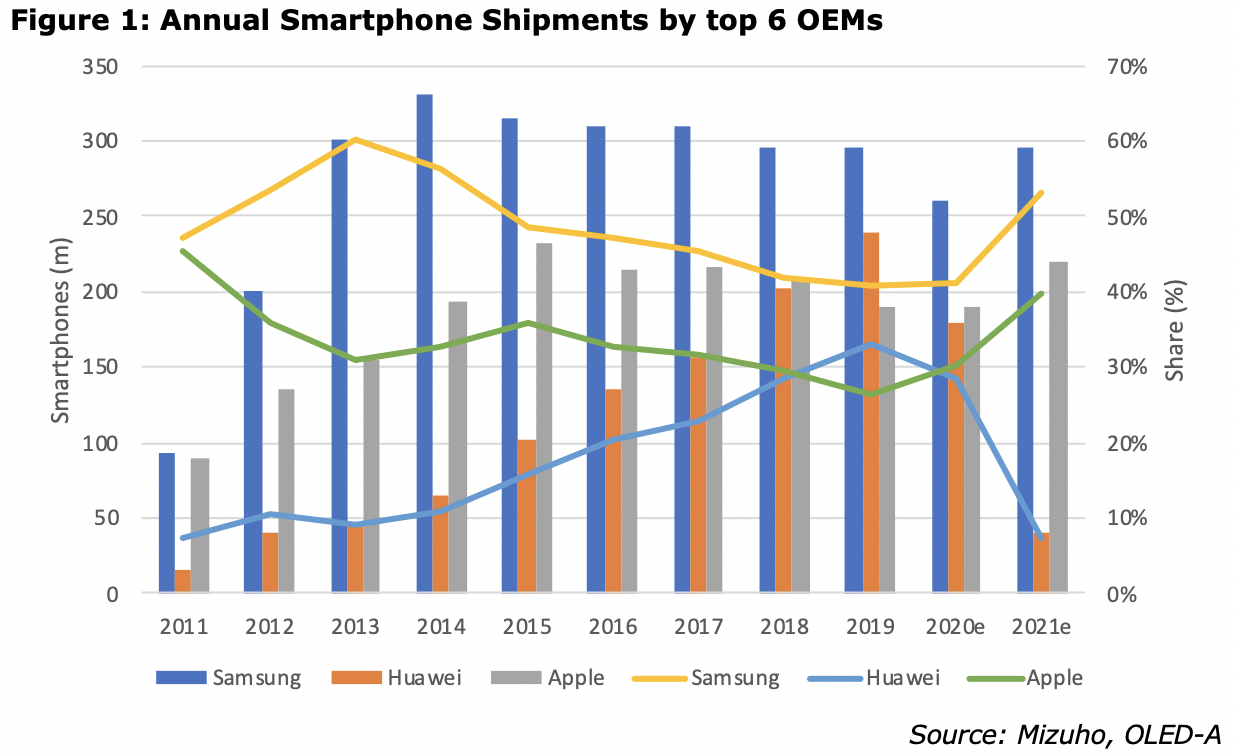 Samsung Electronics is looking to rebound in the second half by launching its new Galaxy Note series and a foldable smartphone model one after the other. It is also expecting to benefit from restrictions on Huawei next year. The U.S. Government’s additional restrictions blocking supplies of semiconductors to Huawei will be imposed in the middle of this month. Also, there are boycotts taking place in India towards Chinese products. India is applying economic retaliation towards Chinese products after the two countries were involved in a border conflict. From:benyun@etnews.com
​