Peggy Johnson, the new CEO of Magic Leap since last summer said that the Magic Leap 2 will have twice the field of view as the Magic Leap One but will be half the size and 20% lighter. It will be available initially in low volume to 'early adopters', with wider availability at the beginning of 2022. In line with the shift of focus by the firm, it will be aimed at business users and is intended to be "something comfortable that [frontline workers] can wear all day long". The firm also hopes to get some business from the military, despite Microsoft's success with the HoloLens on the IVAS contract. (Microsoft’s Big HoloLens Army Deal). Johnson highlighted the need to have a 'platform approach', with strong ISV partners, an approach she saw at Microsoft and Qualcomm in previous positions. Healthcare is a particular target including use in operating rooms.

Figure 1: The Magic Leap One - The Two Will Be 'Half The Size' 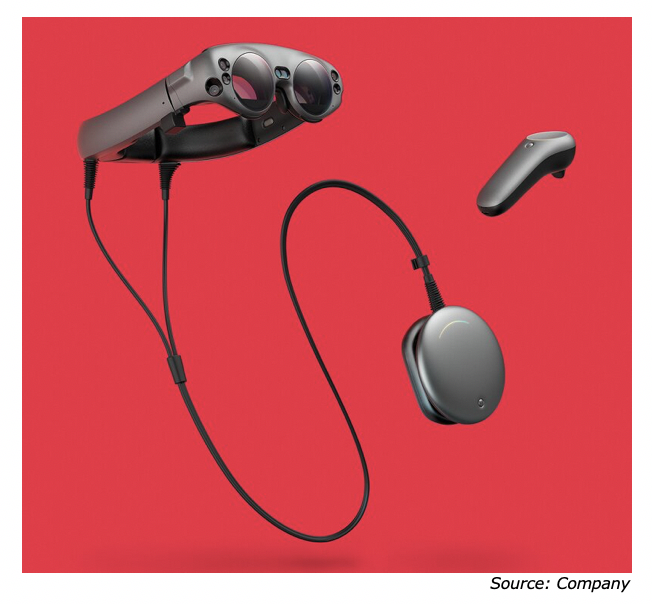