Lumentum will acquire Coherent in a deal valued at ~$5.7b, a 49% premium over Coherent’s closing price on 1/15/21.  The deal will be financed with ~$1b in cash, $3.178b in Lumentum stock, and ~$2.1b in new debt.  The Lumnentum board will expand, with two new members from Coherent, with the deal expected to close in 2H.

Coherent provides a wide variety of laser types for many applications, the best known is the laser annealing tool that converts a-Si (amorphous silicon) to a more the poly-silicon structure that is used to produce LTPS Thin-film electronics, which is used in all the Gen 4.5, 5.5 and 6 OLED fabs. The growth of OLEDs has spurred the market cap increases of Coherent, but the OLED fab investment has slowed and Coherent needed to seek new growth opportunities. Lumentum is a broad-based supplier of optical products that range from optical interconnects to sensing components such as VCSELS and laser-based sensing components.

Previously, we reported that ChinaStar parent TCL were considering a project for a new Gen 8.5 LCD fab.  That project, which is situated in Guangzhou, also includes another fab that is will produce flexible and rollable OLED displays using printing rather than VTE technology, with the LCD fab scheduled for production in late 2022 and the OLED fab scheduled for 2024. The LCD Gen 8.5 fab has a capacity of 180,000 sheets/month initially while the 2nd fab, which will have a larger footprint, remains open in terms of capacity.

This project is still in the early stages of development and licensing, although the site map below shows the 1.3m m2 of land that is under bidding for leveling.  Guangzhou should move the project licensing along rapidly as the combined project represents $6.87b in local spending, some of which is funded by the local government. 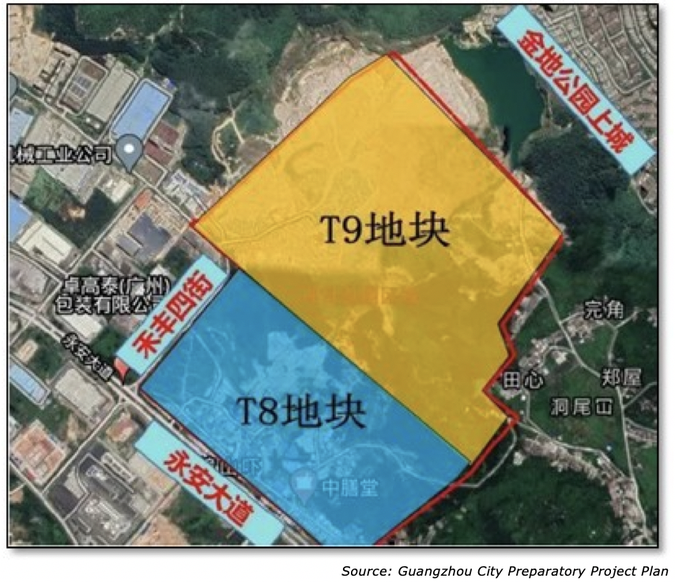