Recently, a research team from Peking University developed a highly efficient sky-blue OLED by introducing a d-f transition rare earth cerium(III) complex Ce-2 with a nanosecond excited-state lifetime. The authors proved that 100% EUE can be achieved in cerium(III) complex based OLEDs. Most importantly, the device stability of Ce-2 is greater than traditional iridium (III) complex with a similar emitting color. 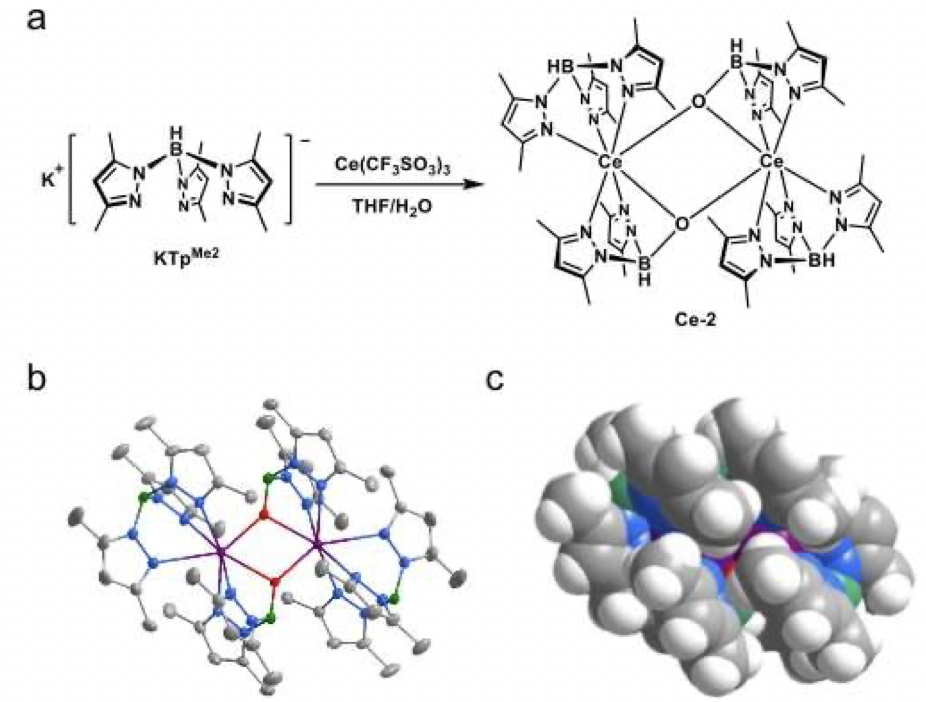 Source: Science China Press
​
Different from other trivalent rare-earth ions, the single electron in Ce(III) ion can produce spin-allowed and parity-allowed 4f-5d transition, and the excited-state lifetime is only tens of nanoseconds. However, due to the quenching effect of ligands and small molecules in the environment, most Ce(III) complexes are not emissive. The ligand of Ce-2 has multidentate coordination ability and a relatively rigid structure, which can effectively protect the central Ce(III) ion. Therefore, the emission efficiency of Ce-2 in the doped film is 95%, and the excited-state lifetime is measured as 52 ns. The Ce-2 based OLED exhibits a maximum external quantum efficiency of 20.8%. Based on this result, it can be inferred that the EUE of the device is close to 100%. Mostly importantly, Ce(III) complex based OLED showed smaller roll-off, higher maximum luminance, and longer operating lifetime by ~70 times, as compared to an Ir(III) complex based OLED with a similar emitting color. Transient electroluminescence study shows that the excited-state lifetime of Ce-2 in OLED is only 1/16 of that of Ir(III) complex in device. It is the main reason for the improvement of device performance. Since Ce(III) complexes have both 100% EUE and nanosecond luminescence lifetime, these emitters promise both high efficiency and stability. Besides, considering that Ce(III) complexes have adjustable emission spectra and lower costs, such materials could be a new generation of emitters to achieve full-color OLED display and lighting. From: Science China Press
​