Global automotive OLED display shipments are expected to balloon to $263.5 million in 2022 from $49.72 million in 2020, according to Omdia. By 2026, the shipments are expected to reach $671.7 million. Automotive display for an infotainment system has lately emerged as a key vehicle feature. Although LCDs make up the mainstay, demand for high-definition, large-size OLED panels are increasing for differentiated dashboard features and driving experience by high-end car makers. 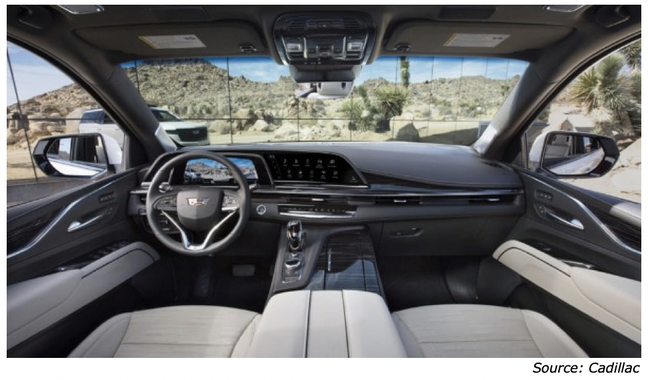 ​LG Display produced plastic OLED (P-OLED) panels for vehicles for the first time in 2019. The company dominates the lion‘s share of 92.5 percent by revenue in the global automotive OLED market as of last year. Cadillac announced the Escalade in 2020 and Mercedes-Benz will release its seventh-generation 2021 S-Class sedan and new EQS premium EV fitted with an infotainment system built on the LG P-OLED display. Tesla is reportedly mulling introduction of LG OLED displays as well since 2016.

Samsung Display, with a 6.9 percent share of the automotive OLED display market is also accelerating efforts to catch up with LG Display.