The LG rollable OLED TV has, since its launch, been an exciting mess of contradictions. Retailing for $99,999 / £99,999 in the US and UK, the rollable OLED can be enjoyed by a small handful of technology enthusiasts – with the added convenience of its rolling mechanism having to be weighed up with the exponential cost compared to an LG C1 or LG G1 OLED, either of which could be bought for 1/50th the rollable’ price. That’s despite both effectively featuring the same panels and processors as their rollable counterpart.  Rollable OLED TV will get less expensive though it may be that the model’s legacy is in the smaller, more portable devices it inspires rather than simply a cheaper version of the same technology.

Jacky Qui, VP and Co-Founder of OTI Lumionics said “The high cost for the rollable OLED TV is due to low yields in the new process” and while production costs should gradually decrease, and the SRP will drop, “it is unlikely that you can see a 10x price reduction from $100,000 a unit to $10,000 a unit.”

The great complexity of the production process is a challenge to ensure that an ultra-thin 55” pr 65” panel can be handled without damages problem is only exacerbated by foldable technologies, as the screen needs to be continually manipulated in and out of a curled up shape without issue. “The main difficulty,” says Qui, “is in handling of this glass without any damage throughout the whole process from evaporation in a production line that’s longer than a football field, while also making sure it’s perfectly flat; packaging the piece of glass to prevent moisture from getting in (to a spec equivalent to that only one drop of water can get in over the size of a football field); putting all of the electronics on the panel to make the module; and finally packaging the panel into the rollable form and undergo rigorous testing to ensure mechanical and performance stability over many rolling cycles is not trivial.”  But for anyone with the energy to think outside the box, below are some trendy concepts 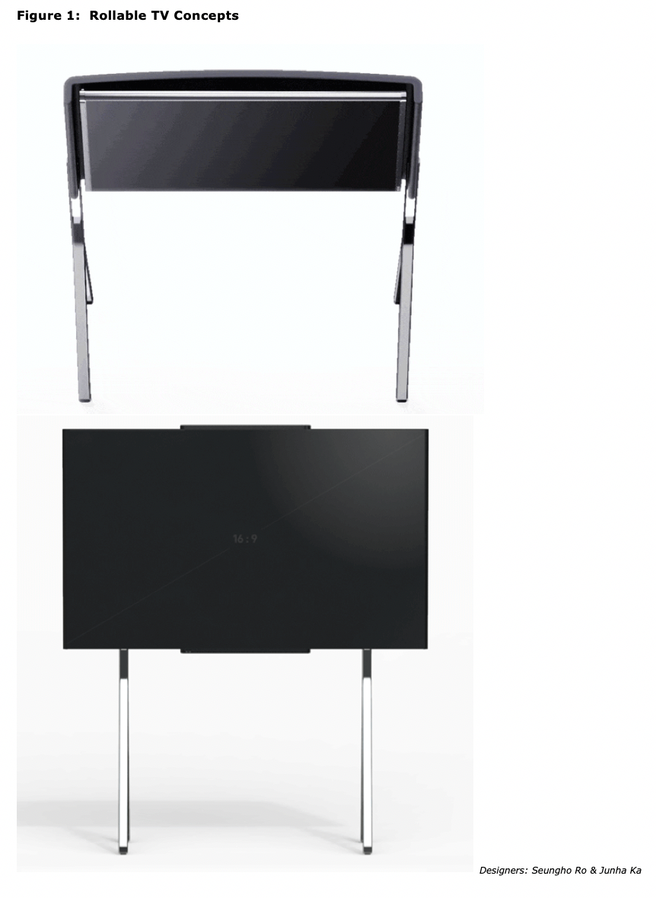 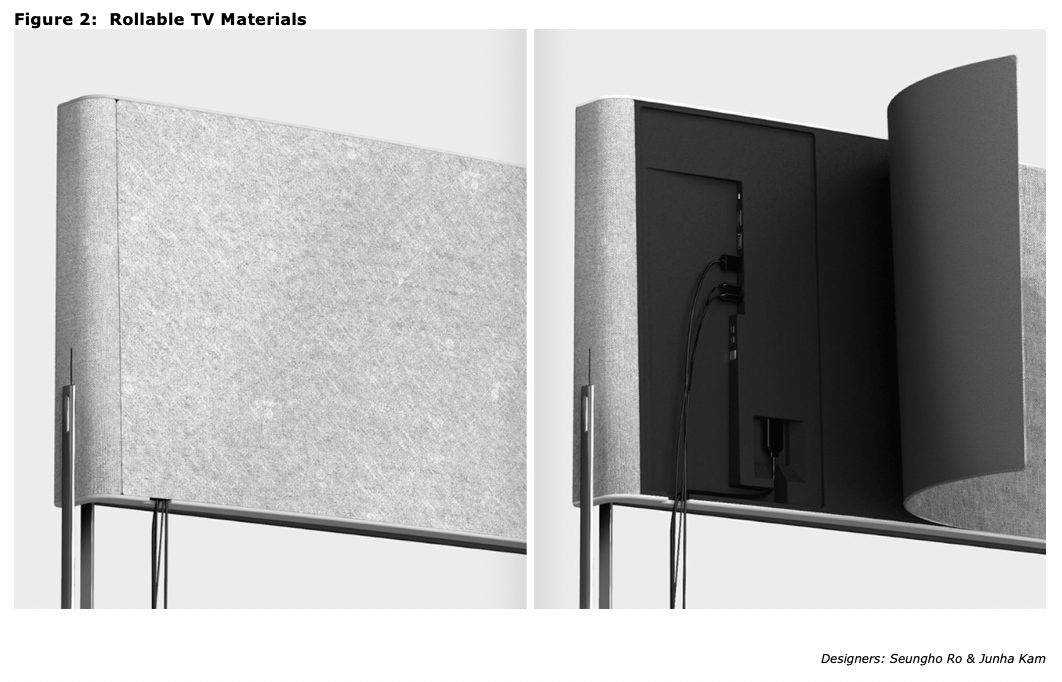 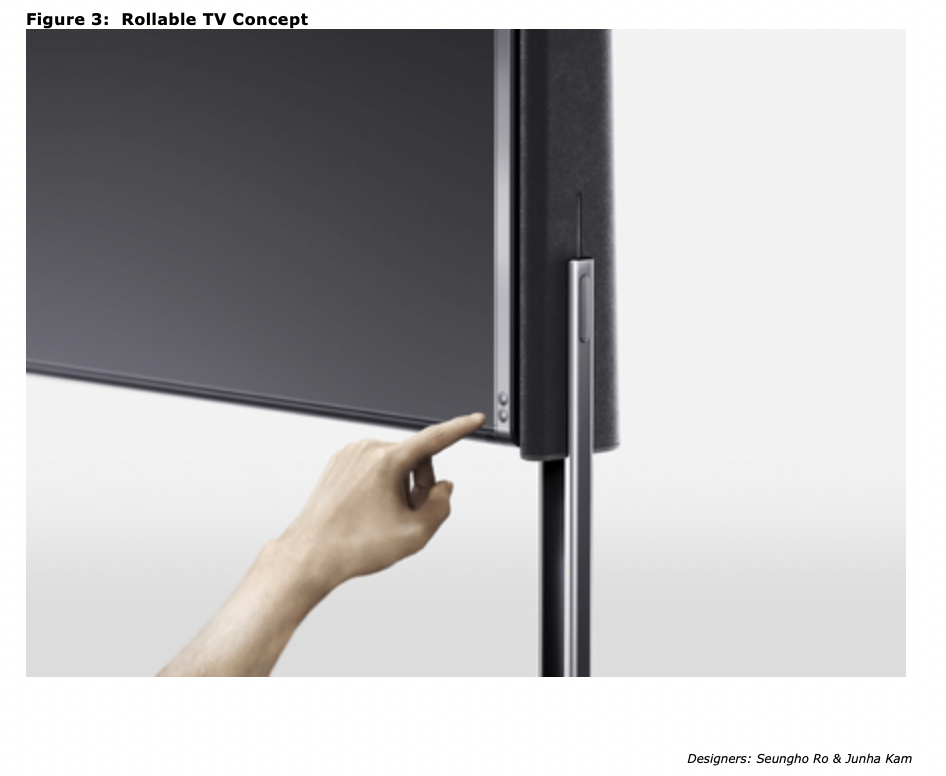