Despite the leadership position, LGD has taken in OLED displays, LG Electronics has been unable to exploit this advantage.  But it is soon going to change as LGE will in the 1st half of 2021 release the world’s first rollable smartphone, which they are calling Rainbow. After years of being a slow follower, they want to  finally take advantage of LGD’s OLED leadership to become the first smartphone manufacturer to using rollable display technology. The company plans to release its flagship smartphone “LG Rainbow” in March 2021. It will also introduce LG Q83, which is a budget smartphone, in the first half as well. The “LG Rollable”, which will be the second product of the company’s Explorer Project, can be stretched out to 7.4 inches from 6.8 inches. Field tests by South Korean telecommunications companies will take place at the end of this month or early next month. LGE will finalize the release date of “LG Rainbow” based on the field tests. Thinness and light weight are the main advantages of LG Rollable over foldable smartphones. LG Rollable also does not leave any crease on the screen. A South Korean telecommunications company expert said on December 13 that both the feeling of holding LG Rollable and the product’s usability when the screen is stretched out feel better than that of foldable smartphones. 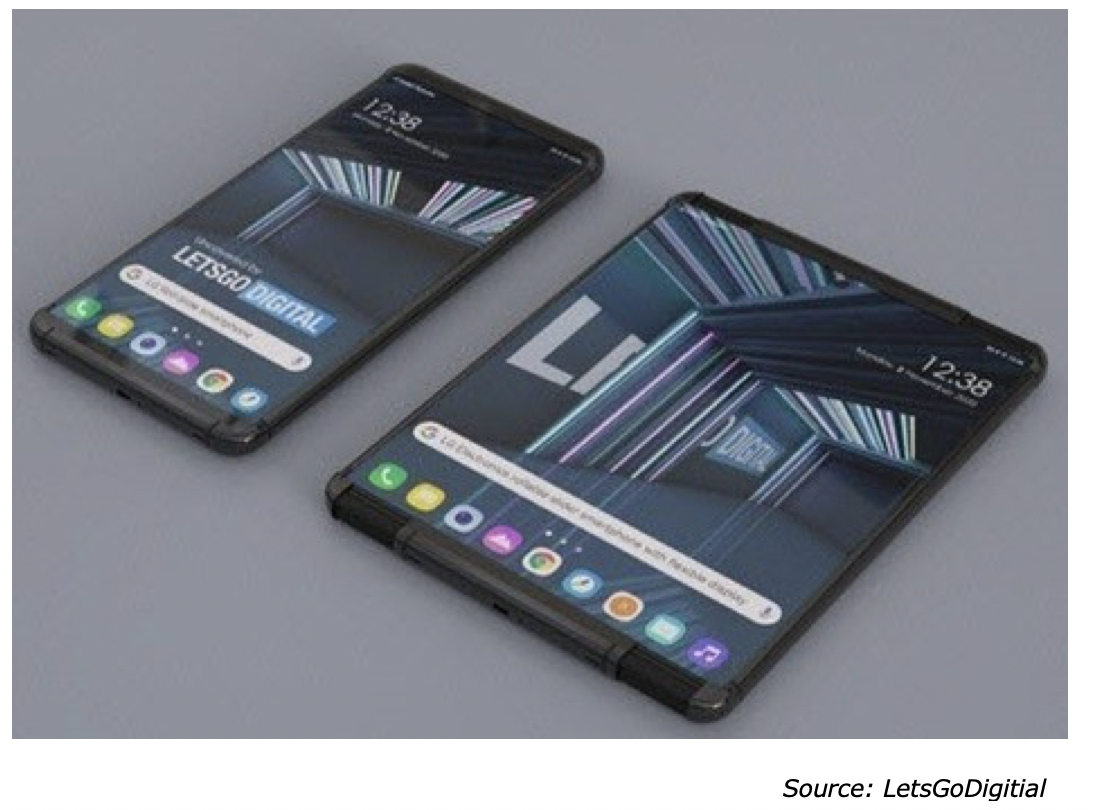 ​The Rainbow is the first flagship smartphone for the company’s Universal Line and is based on a bar-type smartphone design. It is the successor to LG Velvet and succeeds the V series such as LG V50 ThinQ and it will carry on the company’s lineage of premium smartphones. It is reported that LG Rainbow provides high-performance specifications due to Qualcomm’s Snapdragon 888 and is also based on LG Velvet’s design. It is also expected to create a new competition when it comes to the writing input field as it comes with Wacom’s AES (Active Electrostatic) stylus pen. LG Electronics is also ready to release a budget smartphone, which has made major contribution towards the company’s smartphone sales this year, as well. LG Q83 will be available with excellent hardware specifications compared to its price and it is applied with a unique rear camera design. It will target both domestic and foreign markets. It is reported that LG Q83 will be known as K series overseas and that it will be used to pioneer 5G market for LG Electronics.