LG's CEO Kwon Bong-seok announced the first "rollable" (or scrollable) smartphone early next year. According to a report from The Elec, LG will launch another "traditional" flagship in the first half of 2021, developed under the codename "Rainbow," along with what's being called a "horizontal" smartphone called Wing during the second half of 2021. The latter leaked back in May and is said to feature dual rotating displays. LG has shown off various models of a rollable TV, which was expected as early as 2019. Now they might shrink the technology to fit a smartphone.

The South Korean report states that LG has begun production for the prototype of the device at its factory in Pyeongtaek. Most commercial products go thru three to four trial production before commercialization. Around a thousand to two thousand units are produced per one trial production session. The rollable device will have the smartphone extend sideways when needed. It is called rollable as the display rolled at the sides will unroll. A flexible OLED display has been used. Chinese display maker BOE is co-developing the display panel needed with LG Electronics. 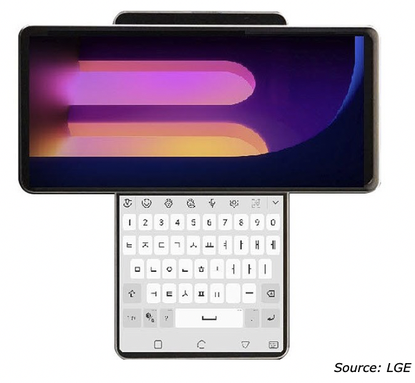 Last week, Patently Apple posted a continuation patent for a possible future scrollable iDevice from Apple. One of the patent figures from that report is presented below. 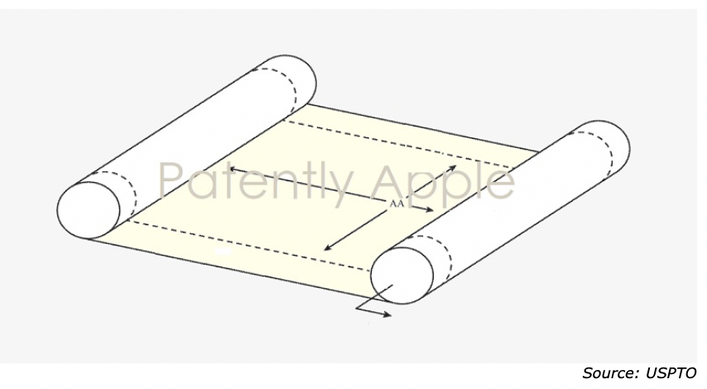 Below are a series of patent figures from Samsung patents that we've covered under Patently Mobile over the years. So, Samsung could quickly challenge LG if the form factor proved successful. 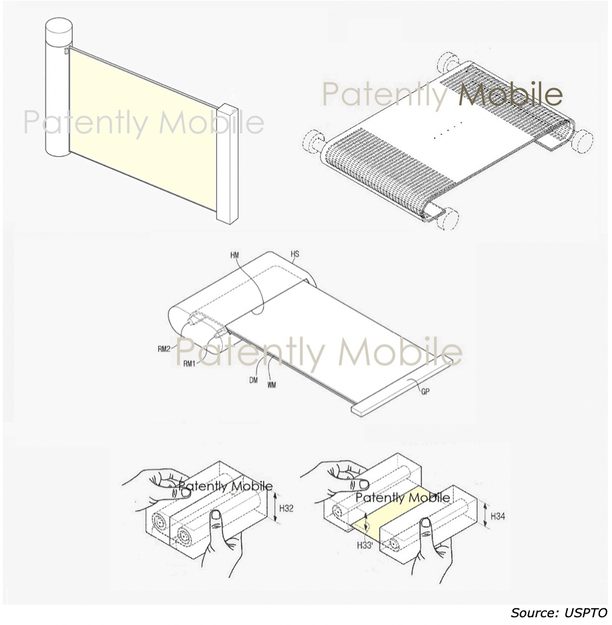 ​Samsung, Huawei and now LG are looking for the next smartphone form factor that could excite the market.