Last week LGE announced it first printed OLED monitor, with a panel provided by JOLED. The panel touches all the bases, 4K resolution, high CR, fat response time, light weight, but it suffers in comparison with competitors due to the 4X+ price difference. The panel covers 99% of DCI-P3 color space and 99% of Adobe RGB. It reportedly features OLED Pixel Dimming HDR technology which is intended for professional use, such as video or photo editing. The specs don’t differentiate the product and the luminance is lower than its competitors although the peak luminance is 540 nits.  LGE is positioning the product as a video editing device. But with most new films shooting in 8K it may have missed the market. 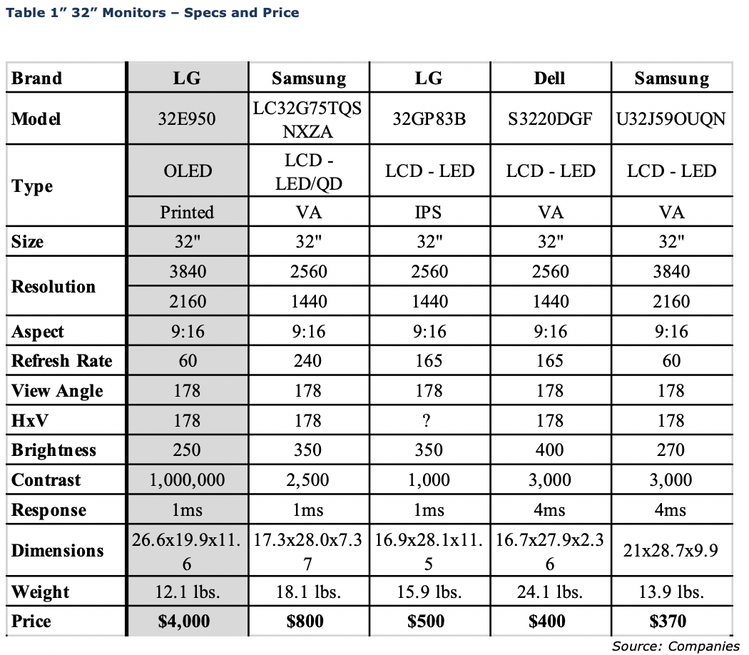