Vertical Divider
LGE to Cut Costs After Another Smartphone Flop
​
LG closed the Advance Research and Quality Engineering groups that were part of its research lab and closed the Advanced sales and production group that was part of global sales group.  LG added a new group which will be focused on the company’s ODM projects, which have become an increasingly large part of the company’s smartphone business.  In 2018 ODM smartphone production was only 10%, increasing to 30% in 2019, and is expected to be ~60% this year, and 70% in 2021. Early indications are that the company’s September release of its rotating dual-display smartphone, the Wing, in South Korea, has not been a strong seller, with some carriers offering increased subsidies to attract customers to the device, and the previous flagship released in May, the Velvet, was also said to have sold poorly.  With years of losses from LG’s mobile division, management continues to struggle with how to bring the mobile business back to profitability and continues to try to reduce costs through ODMs, but LG’s problem is the lack of imagination in its product line and the continuing reduction in sales. Lg’s smartphone sales peaked in 2015 at 57m and has been dropping steadily since  with an expectation of 28m phones in 2020. 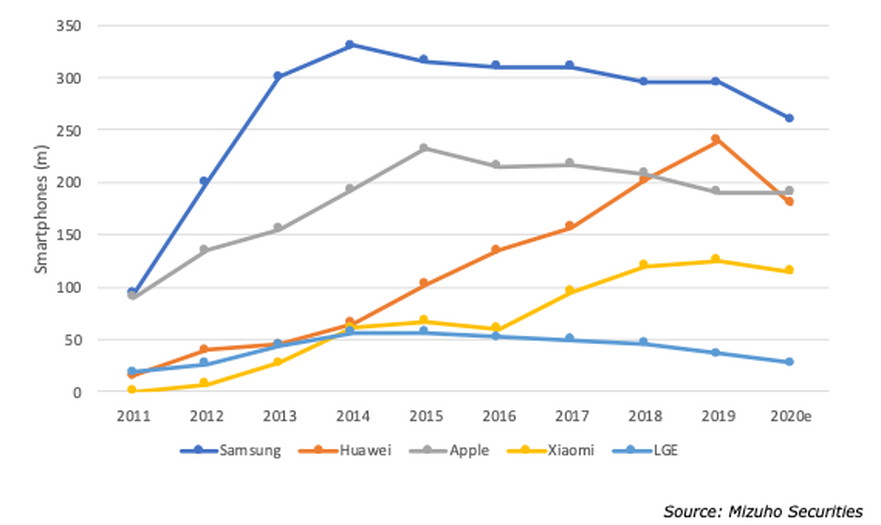