The LG V60 ThinQ is a big phone. The 6.8-inch OLED display is very close to the display size on some smaller tablets. Obviously, it’s much narrower than a tablet, but there’s no getting around the fact that this is a very large phone. The size of the LG V60 ThinQ is something that reportedly impacts daily usage because it is big, thick, and heavy. The LG V60 feels like LG has returned to the tank-like design of the first V Series devices. But phone size is a very subjective thing. Spending most of the screen time on a phone, a big display might be appropriate. Personally, I prefer a smaller device that’s easier to use with one hand. I also prefer the feel of a smaller device in my pocket as I find it annoying to have a big phone bouncing around while running or cycling.

Both the blue and white color options feature Gorilla Glass 5 on the front and Gorilla Glass 6 on the back. The glass back slopes drastically into the aluminum frame around the edges. It’s nearly a chamfer, but not as sharp. The LG V60 is a decently thick phone, and the shape of the back really makes that known. The aluminum frame provides a nice contrast with the white back. One negative about the glass back is how much it shows fingerprints. The rear cameras are aligned in a horizontal row, very similar to the Samsung Galaxy S10.
LG ditched the dual front-facing cameras in favor of a single camera in a waterdrop notch this time. The bezels around the display are surprisingly big, but only because the display doesn’t curve around the edges like most flagship phones.
Figure 2: LG V60 Display 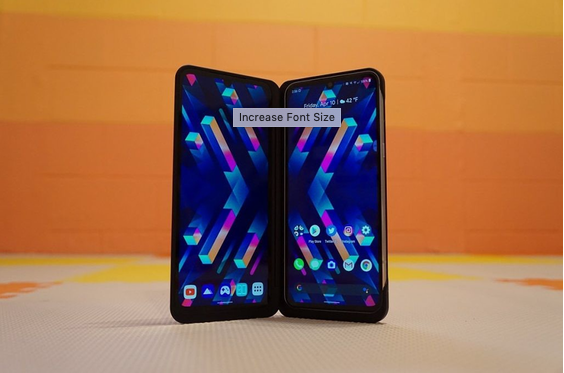 Source: Company
​The LG V60 is a flagship phone that can compete with the likes of the Samsung Galaxy S20 Ultra in almost every category. The one area where the LG V60 doesn’t stack up, at least in terms of raw specifications, is the display. While many high-end devices are rocking Quad HD+ displays with 90Hz or even 120Hz refresh rates, the LG V60 only has a 1080p display with the classic 60Hz refresh rate; a downgrade from last year’s LG V50 as well. Refresh rate is noticeable when coming from a phone with a 90Hz or 120Hz panel.

The auto-brightness feature is weak. And almost unusable. Sit in a living room with ample lighting and all of a sudden, the brightness will lower until the display is nearly unreadable requiring the disabling of the auto-brightness altogether. There is an optical fingerprint sensor under the display and is reportedly annoying and frustrating to use. 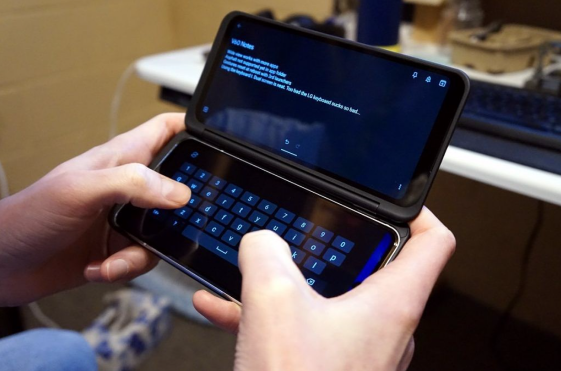 Source: Company
LG’s first attempt at the Dual Screen accessory felt unfinished. LG solved many of the problems with the Dual Screen attachment for the LG G8X, and they’ve continued to refine things further with the LG V60 ThinQ. The Dual Screen experience is about hardware and software, both of which have been improved.

The Dual Screen has the same OLED display as the phone itself, including the notch (which is fake on the Dual Screen). The bezels are also the same, which is both a good and bad thing. The bezels on the phone and Dual Screen make it easy to touch the edge of the screen near the hinge. The downside is there’s a very large gap between the two displays. The gap between the displays is why the Dual Screen is better for using two apps side by side rather than spanning one app across both. You can’t think of this as a tablet that can fold in half, like the Samsung Galaxy Fold. It’s really more of a small, digital notebook. The best way to use the Dual Screen to its full potential is to do independent tasks on each screen. 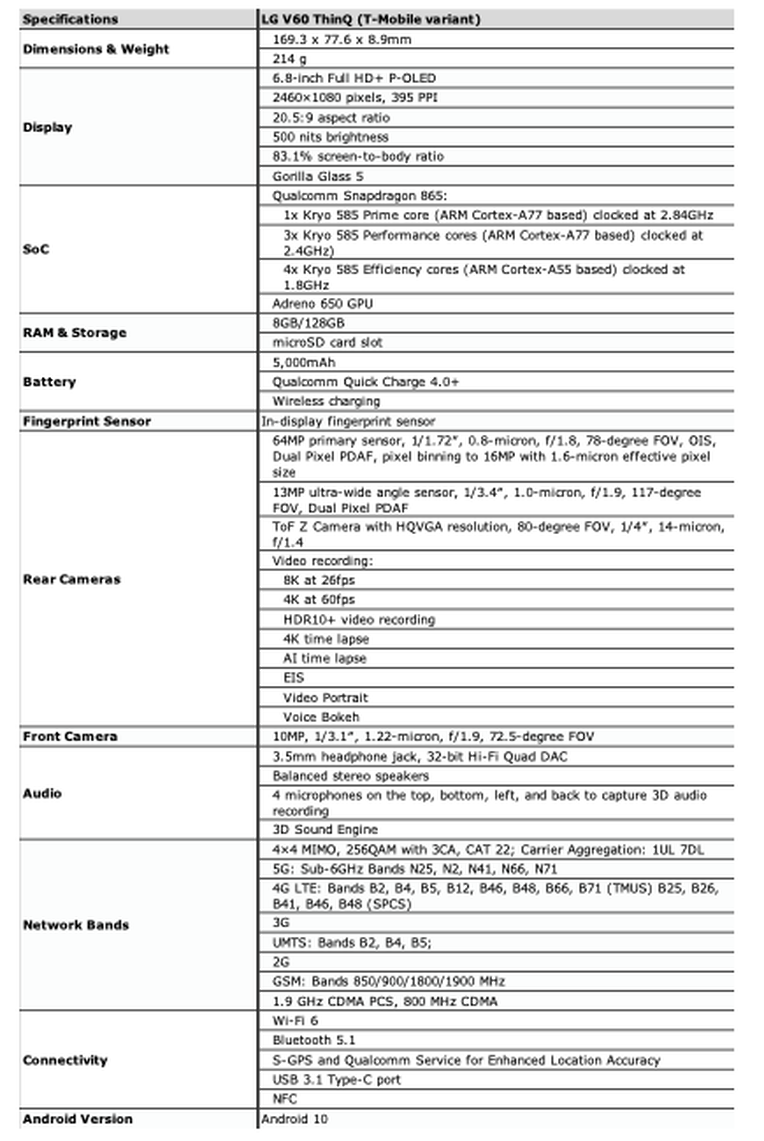 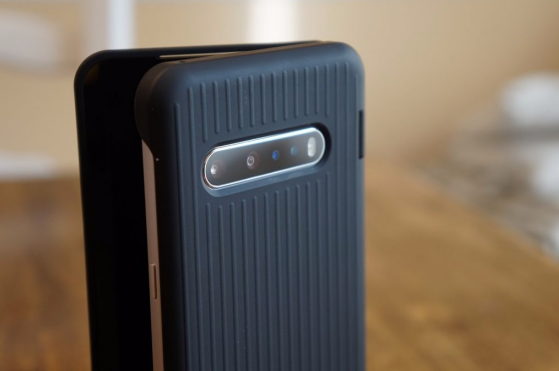 Source: Company
The cutout on the back for the cameras has been greatly reduced in size. On the LG G8X, it was a big square cutout that revealed half of the phone’s back. This time around, the cutout is the size of the camera bump, which offers better protection and looks nicer. LG has also added a ribbed texture to the case that adds some nice grip.
Software is a huge part of the Dual Screen experience. Slapping a second screen on a phone isn’t useful if it can’t be used in a meaningful way. LG has improved several of the Dual Screen software features on the LG V60, making it feel like a more complete product.
​
While Samsung phones can soften images too much, LG phones seem to go in the opposite direction. Sometimes with excessive sharpening, which can make a photo look noisy. From: Max Weinbach
​