LG has targeted gamers as a large and growing market for OLED TVs, which are arguably the best gaming TVs and should be of particular interest to anyone with a PS5 or Xbox Series X, thanks to their four HDMI 2.1 ports. These ports bring access to 4K@120Hz (also known as HFR), ALLM (Auto Low Latency Mode) and VRR (Variable Refresh Rate) – all designed to give top quality, smooth running, fully-immersive gaming action with a super-low input lag of around 13ms. Those ports are also eARC-enabled (Enhanced Audio Return Channel) and that provides the best quality through full-fat, non-compressed surround sound and Dolby Atmos streams.
The LG OLED55CX5LB included, they feature LG's top picture processors. That means the best motion handling and HD upscaling as well as top notch 4K HDR performance.
The a9 Gen 3 chip also comes with LG's AI Sound Pro technology which helps to create a virtual 5.1 surround sound experience from the LG OLED55CX5LB's 2.2. channel speaker arrangement. There's a Dolby Atmos mode too to help add some spaciousness to the audio and Dolby Atmos passthrough in case you'd like to add an Atmos soundbar for that real step up in audio. Other features include Bluetooth 5.0 support, for wireless headphones TV watching, and Apple AirPlay 2.

In order to maintain its leadership position, LG finally released a firmware update for its 2020 OLED TVs (BX, CX, GX, ZX) meant to mitigate the 'VRR raised black' issues that users have experienced together with PCs and consoles. Owners of 2019/2020 LG OLED TVs have been complaining about raised blacks and occasional flicker in VRR (Variable Refresh Rate) mode when the OLED TV is connected to a VRR-enabled PC or console like Xbox. 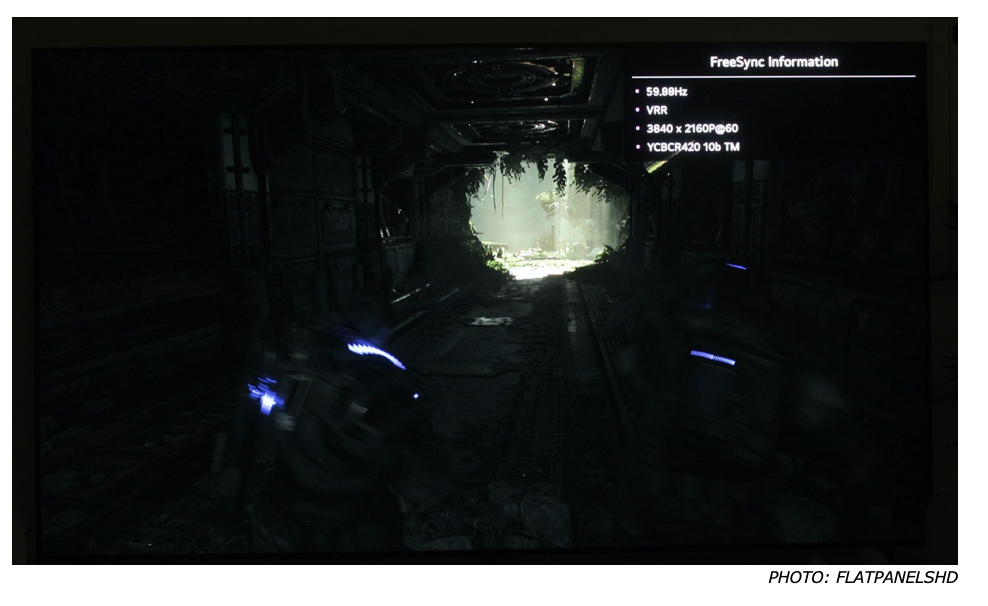 The firmware specifically introduces a new 'Fine Tune Dark Areas' feature lets the user manually adjust black levels in VRR mode. After installing the new firmware, you can find 'Fine Tune Dark Areas' from Picture > Additional Settings. LG said that it is also planning to bring the feature to 2019 OLED models (like C9), but it cannot provide a timeframe yet.

However, the firmware will not fully eliminate the issue as it appears to be inherent in the OLED panel. The underlying issue as we previously reported is the fixed gamma curve used for 120 Hz that is applied to all the carriable refresh rates.

"Gamma for OLED is optimized and fixed for 120Hz by establishing a fixed charging time for OLED sub-pixels. VRR is used when the frame rate is less than 120 Hz. When the OLED TV uses framerates less than 120Hz, the gamma curve is inconsistent with the frame rate," the OLED Association explained. "Therefore, the lower frame rates result in sub pixels that are overcharged, causing flickering of dark gray images, which is noticeable for dark images rather than bright ones, because human eyes are more sensitive to low gray colors. LGD will likely solve this problem establishing multiple gamma curves optimized for lower frame rates."

Raised blacks in VRR mode also affect LCD TVs as advanced LED zone dimming systems must be scaled down or disengaged in VRR mode where the TV synchronizes its refresh rate in real-time to match the frequency output from the PC or game console. It is, however, less visible on LCD TVs due to the generally poorer black levels.
___________________________
Source: FlatpanelsHD