LGE has been slow to adopt foldable display technology in its struggling smartphone unit, even as its subsidiary LGD is a leader in rollable OLEDs and had been demonstrating foldable OLEDs for over 5 years. Instead, LGE chose to offer dual display solutions and a rigid rollable (the Wing) as alternatives. However, LGE is getting serious about using advanced OLED display technology. The first apparent name for the LG rollable phone was Project B, thanks to a report by The Elec in July 2020. It was claimed that the project was named after CEO Kwon Bong-seok. However, this term seemed to be an internal code-name rather than the final name. The LG Wing’s name seems to have started out as a code-name before the company actually settled on it as a final name. But “Project B” doesn’t roll off the tongue as easily as “Wing.” LetsGoDigital uncovered a potential name on November 4, noting that LG has applied for the name of Rollable. The filing notes that this is related to the mobile space rather than the TV arena or anything else. The outlet also discovered another possible name on November 5, as the manufacturer applied for the name of LG Slide. It suggests that LG has settled on a couple of names, but this isn’t a guarantee just yet. As for a release date, The Elec first noted an “early 2021” launch before later adding that it’s expected in March 2021. This means it could show after the Samsung Galaxy S30 series in January 2021. LG patents uncovered by Asia Time back in June showed a mobile device with an extendable display, activated by pulling on the side of the device. However, this patent also showed a rather weird folding mechanism too (i.e. a rollable foldable phone), enabling a pseudo-laptop form factor. 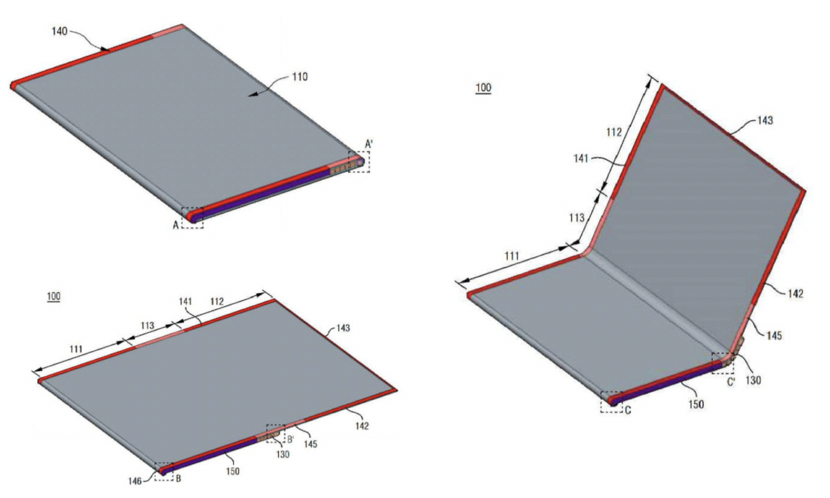 Source: LGD
In saying so, we’re guessing that this isn’t related to the LG Rollable or Project B device, and might just be an entirely different design LG was toying with. After all, combining a rollable/extendable display with a foldable form factor would probably be a gargantuan engineering challenge. LetsGoDigital also uncovered a patent filing for an LG rollable smartphone with an extendable display on both the left and right sides. It’s also worth noting that retracting the displays results in a phone that offers something akin to a 16:9 screen rather than today’s 18:9, 20:9 and even 21:9 screen ratios. You can view an image below, courtesy of the outlet. 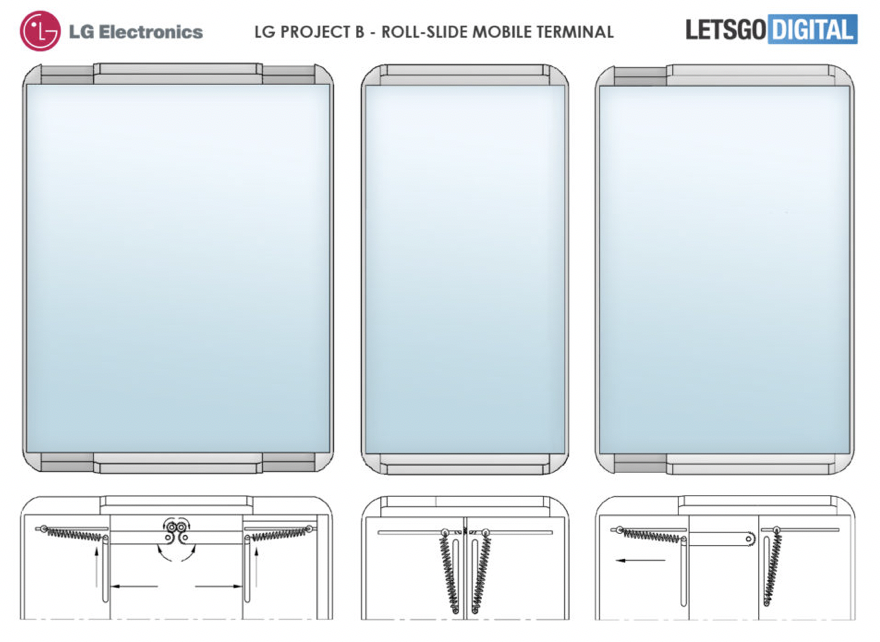 ​Source: LetsGoDigital
LG itself teased the rollable phone at the end of its Wing launch event, showing what appears to be a screen retracting into and extending out of a smartphone. You can still view this animation in the video by skipping to the 1:05:35 mark. And you can view a screenshot of the device below.

The LG rollable phone’s feature-set hasn’t been defined, bar the extending screen teased by the company before. It’s also unclear whether the new phone will offer Gorilla Glass or if the design means that they’ll need to forego this protective option.
As for horsepower, the LG Wing and Velvet both used upper mid-range silicon in the Snapdragon 765G processor. The new phone could adopt the Snapdragon 700 series power again, as it could likely allow for a cheaper price tag but to compete at the high end it needs the Snapdragon 875 processor.  LG surprised was able to service the Wing with a 4,000mAh battery, which isn’t the largest size, but it’s definitely adequate and unexpected in light of the phone’s unique design.
​
Once again, pricing is an unknown quantity right now. But look to the LG Wing for an idea of what to expect from future Explorer Project devices. The swivel phone is available for roughly ~$1,000, so the LG rollable device will likely start at a similar price point. But the rollable seems like a more ambitious, technically challenging project, and should be priced similar to the Z Fold 2. The Elec previously noted a March 2021 launch. The US and Korea will likely get the LG rollable phone first, as they were part of the first wave to get the Wing.