LG Display halted iPhone LCD production at its AP3 line at Gumi in Q320. The line didn’t produce LCD panels for other phones as well in the fourth quarter.

The LCD line for iPhones has had low margins. Apple’s LCD model, iPhone SE, which launched last year, will use LCD panels by JDI and Sharp instead. With Sharp and Apple collaborating to purchase the remnants of JDI’sHakusan plant, it has become inevitable that  Sharp will produce all of the LCD panels for the new iPhone S2 line, with JDI producing only older models. A new model is not scheduled until 2022 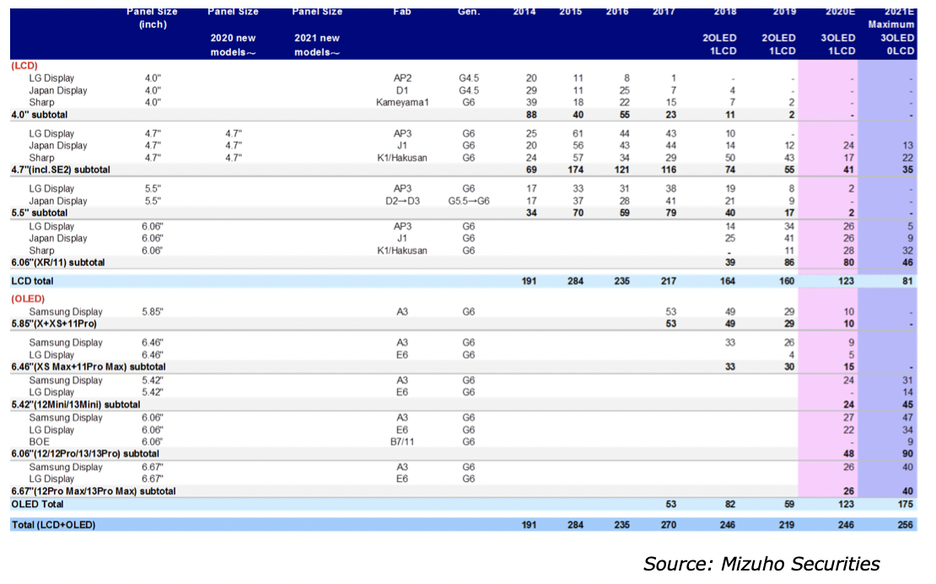 Display had previously attempted to supply LCD for the 2019-model iPhone SE but failed. LG’s AP3 line will now focus on producing automobile display panels, using LTPS and IPS.  LTPS TFT is more advantageous in making larger panels compared to amorphous silicon (a-Si) TFT, which was used mostly for 7 to 8-inch navigation products. LG Display LAO produces a-Si LCD panels at its P5 factory. Currently, its automobile OLED panels are made at E5 factory. According to Omdia, in 9”+ automotive displays, LG Display had a market share of 24.9%, followed by JDI’s 14.6% and BOE’s 13.9%. Tianma was fourth with 9.8%, followed by AUO with 8.9%.