LG Display showcased a 48-inch bendable Cinematic Sound OLED (CSO) panel, which can emit sound on its own without speakers. Aimed at gamers, the panel will be flat when used for viewing TV programs and will turn curved when used for playing games. It also showed off various concepts that use its transparent OLED panels. The screen achieves 40 percent transparency, LG Display says, which is an improvement over past transparent LCDs the company claims achieved only 10 percent transparency. 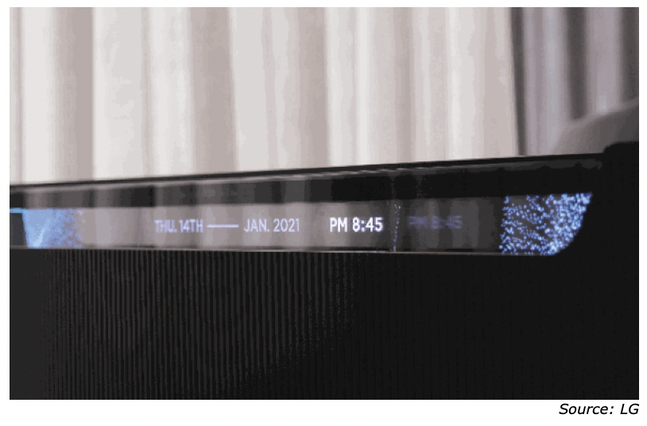 LG imagines the screen sitting at the foot of a bed, where it can rise up partially or in full to show information or videos while retaining a view of the other side of the screen. The panel as it’s designed now has built-in speakers, though it’s unclear precisely what audio features they will support. In an email the company said that its “Sound Solution technology” is “embedded in the frame.” 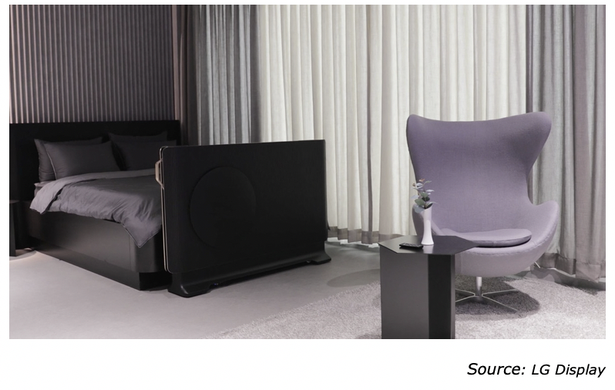 Figure 3: LG’s Transparent OLED Display as Both A Subway Window and Display in A Public Transportation Setting. 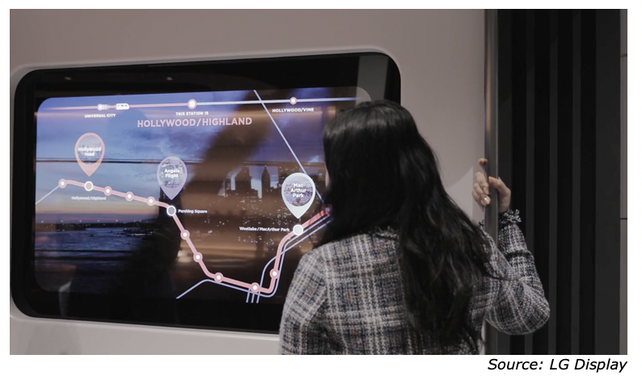