With LG’s much-publicized investment in OLED, and with flexibility being one of the biggest differentiators between OLED and other TV technologies, the company continues to work feverishly to get the most out of the tech. The company recently received a patent from the World Intellectual Property Organization for a different sort of rollable OLED, one that unfurls horizontally instead of vertically (like the ROLED). 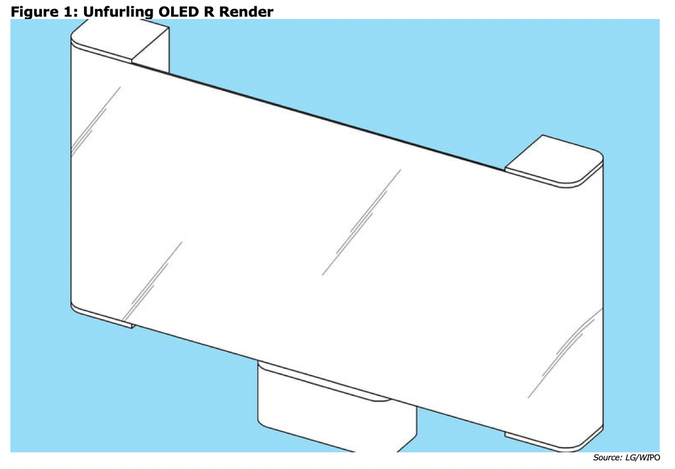 ​The patent document, spotted first by LetsGoDigital.org, shows that when rolled up, this model will resemble a stand-up speaker, with the screen wrapped around a pair of vertical columns that extend outward from the base. The idea is to create an even lower profile for the TV when it’s not in use. LG’s expensive ROLED checks in at 65 inches, and there’s no reason to think that this concept couldn’t support a screen of similar dimensions.