​The Korean trade press reports LG Display will ‘postpone’ the development and production of its Gen 10.5 OLED panel project in Paju, South Korea.  The Gen 10 OLED fab in Paju was first announced in 2015, although the LCD portion of the $4b fab has since been changed to OLED.  The Gen 10 fab project has gone through a number of delays, with the original project’s production date being 2H 2018, then rescheduled in mid-2019, as the company evaluated the technical issues that had been delaying the Chengdu fab.  Last year some CVD tools were delivered to the site, which prompted expectations of progress but earlier this year the company announced it was postponing the project after informing suppliers in late December, their intention to restart the project in 2023.  With the latest announcement, there is no new target date.

The impact of the postponement of any Gen 10 for OLEDs is shown in the next figure starting in 2023 as the number of TV panels/year is reduced by 15% to 20%. 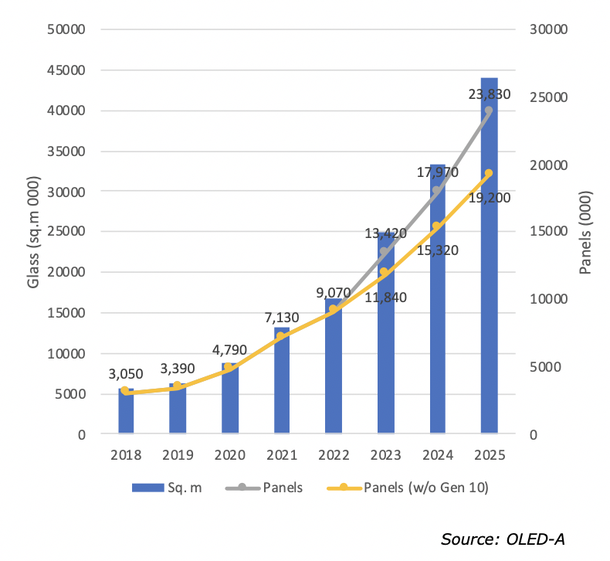