​Lenovo is taking advantage of the drop in rigid OLED panel demand and has launched the new Tab P11 Pro, a midrange Android 10 tablet with an 11.5-inch OLED display. It starts at $499 and will be available during the holiday season.  The Tab P11 Pro is powered by the Snapdragon 730G processor, the same one that’s found in the Google Pixel 4A.  It has a 16:10 aspect ratio OLED screen (2,560 x 1,600) with a peak brightness of 500 nits. It has a fingerprint sensor built into the display. Lenovo implemented a four-speaker JBL system with Dolby Atmos support and a huge 8,600mAh battery. Whether you’re on a long flight or train ride, you won’t have to hunt for a power outlet while you’re binging movies and TV shows. Each configuration comes with 128GB of storage, but it has a microSD slot for expansion. Lenovo will add a bundled  pen, keyboard, and kickstand for an additional $100. 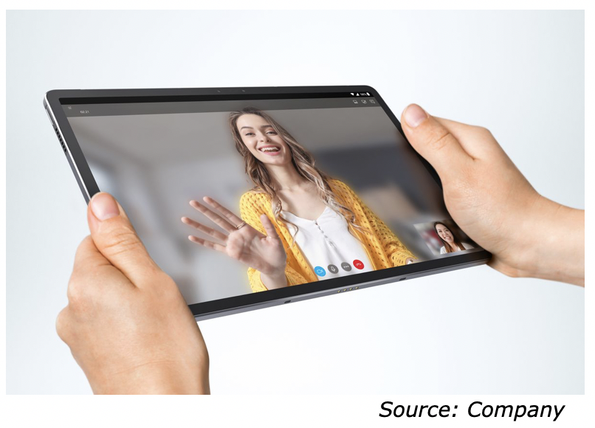 ​The new Tab P11 Pro’s main competition is the Samsung Galaxy Tab S7, but it doesn’t 5G nor does its screen have a 120Hz refresh rate.  Samsung’s tablets likely run rings around the Tab P11 Pro with its Snapdragon 865 Plus processor and 8GB of RAM. But Lenovo’s tablet with an OLED display is $499 compared to  Samsung’s smaller $649 tablet that has an LCD screen.