As DSCC recently reported, Q320 display equipment revenues rose 58% sequentially and 24% Y/Y to $2.8B, the highest since Q418, breaking a streak of 6 consecutive quarters with a Y/Y decline. Momentum appears to have recovered, at least in the short term, with a surprising focus on the LCD, but over the long run investment is expected to shift to OLEDs. 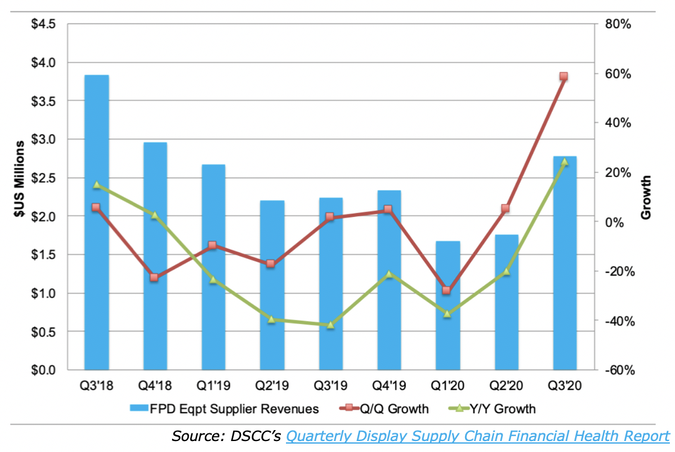 By panel maker, the planned expenditures are shown in the next table by panel maker and technology. 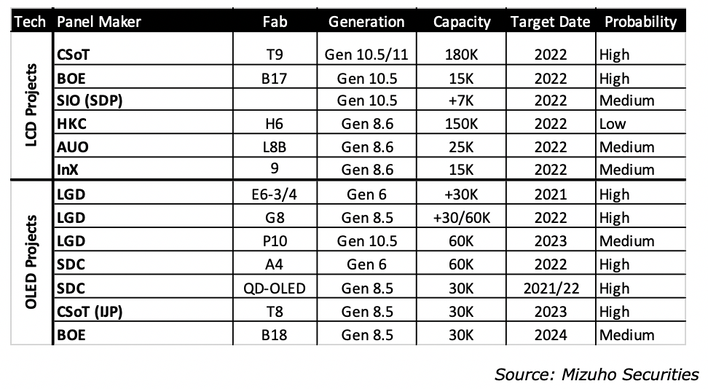