Based on a 5 year average, the typical December to January m/m decline in display industry sales has been -8.6%, with a low of -15.2% (Jan ’20) and a high of +0.3% (Jan ’18).  January 2021 saw a sales decline of 2.0% across the large panel display industry.  Typical February large panel display sales declines are -8.1%, but as January was considerably better than the 5 year average, sales are expected to be down ~3%.  March however is typically a big recovery month on a m/m basis, both due to pent-up demand following weakness in January and February, and the return of workers to plants after the Chinese New Year holiday. 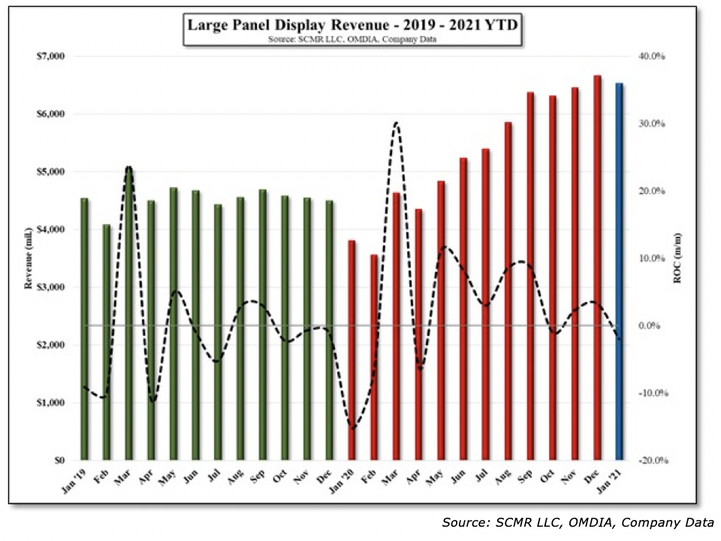 Monitor panels saw the biggest m/m shipment decline at -10.3%, followed by TVs at -8.4%, notebooks at -0.9% while tablets grew 1.2%.  Total units were down 4.5%, but continuing panel price increases offset almost half of the unit volume decline.  On a regional basis large panel sales break down as the table below indicates, however the next figure shows graphically how the source of large panel display revenue has changed over the last 2+ years, with Korean large panel LCD producers reducing production capacity and Chinese large panel producers increasing production capacity. 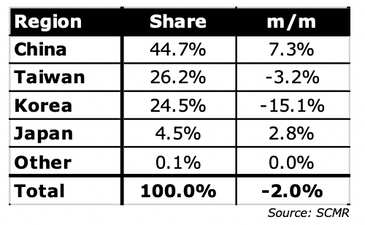 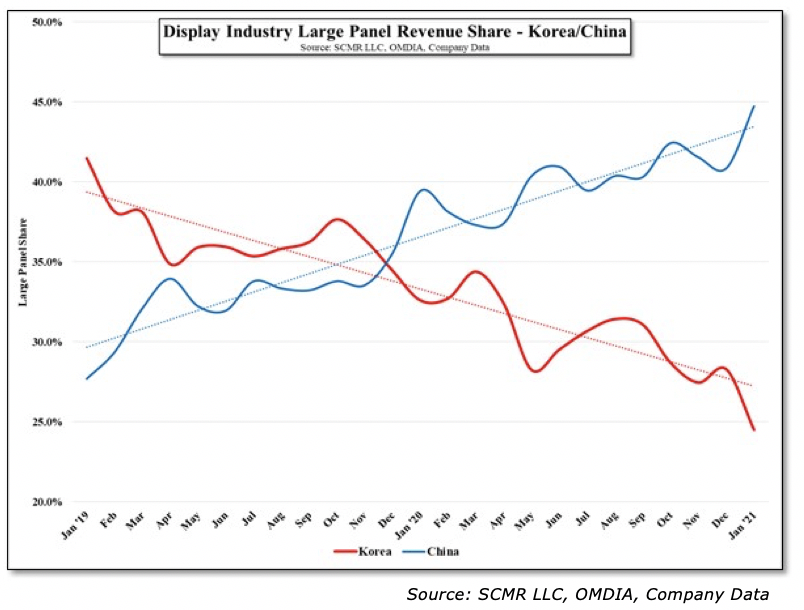 January’s large panel sales  were better than expected expect should continue in February and potentially March.  The conditions could be affected by; 1) the component shortages, and 2) a lessening of the effects from COVID-19 on a global and local basis.  Thus far component shortages have been more related to the auto industry rather than the LCD display space.